May’s Brexit ship of fools led by the DUP

A fallacy has spread in Britain and Northern Ireland that a no deal Brexit is preferable to the plan put forward by British Prime Minister Theresa May and agreed by the European Union leaders. 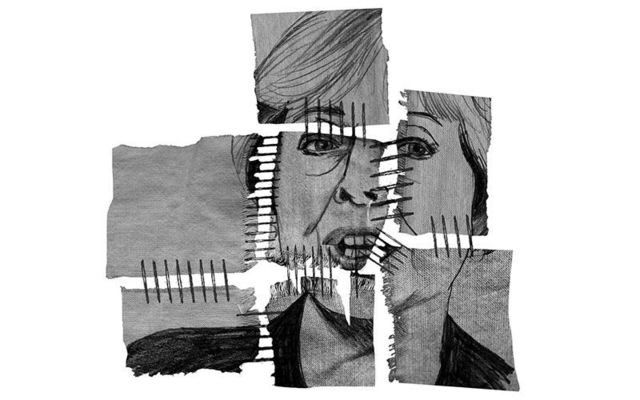 A fallacy has spread in Britain and Northern Ireland that a no deal Brexit is preferable to the plan put forward by British Prime Minister Theresa May and agreed by the European Union leaders last week.

At its convention in Belfast on Saturday, the Democratic Unionist Party (DUP) made clear that their own sentiments reflect that, and they will settle for nothing less than a renegotiated agreement.

No Brexit deal, however, would be dreadful for the island of Ireland, a fact that unionism simply refuses to contemplate.

The impact would especially be evident on the issue of an Irish border, where it would be almost impossible to continue trading without any rules at all on an island where one part lives by EU rules and regulations, and the other by a patchwork of legislation that the British would have to put together.

Uncertainty on the border is just one price Northern Ireland would have to pay.  The €13 billion subventions from the EU of the agriculture industry would also disappear, as would any future fundings from numerous areas that have benefitted from EU money.

As regards to Britain as a whole, a no Brexit deal would see them fail to pay the $50 billion which they owe the EU, causing a major crisis in the credit market.

In addition, in areas such as aviation, medical regulations, and financial controls, there would be two different sets of laws, with nothing agreed.

In the worst case scenario, flights into and out of Britain would be canceled en masse because there would be different sets of regulations in place.

Equally, with medicines, the shipment of vital medical supplies into Britain would be severely disrupted and could lead to many catastrophic deaths in hospitals and nursing homes.

British ports such as Holyhead would no longer be the preferred route for the Irish trucking industry to reach European destinations.

The range of potential problems that a no Brexit deal would create can be likened to the Titanic trying to avoid a sea of icebergs, with no hope that the British will not collide with one.

Yet the DUP and the other British parties appear to believe that no deal is better than a deal. The deal on offer makes Britain a second class partner in Europe, but it is better than causing chaos and concern if they crash out of Europe without an agreement.

The DUP invited Boris Johnson, the leading Brexiteer, to address their conference last week. Johnson is a charlatan, a man who had two articles ready the day after the Brexit vote in 2016 – one praising the passage of the vote, the other praising its defeat. It seems the lure of power overcomes any principled stand on Johnson’s part.

In the middle of all this, who else but Donald Trump stamps his foot and attacks British Prime Minister Theresa May, demanding that Brexit is renegotiated.

Meddling in the internal affairs of another country is nothing new to Trump, but in this case, he may do lasting damage.

At press time, it looks more and more likely that May will not have the votes in the House of Commons to pass the agreed Brexit deal.

There are those who blithely assume that a renegotiation can take place. They are fools to think so.

Britain will quickly become the sick man of Europe, and a financial catastrophe could well occur if they crash out of the EU.

The DUP and others on the good ship Titanic fail to see this profound occurrence. It is a ship of fools.