Irish Labour Party spokesperson on finance, public expenditure, and reform Joan Burton has said that two leading English Brexiteers – Nigel Farage and Boris Johnson - could be among those to thank when Ireland is united. 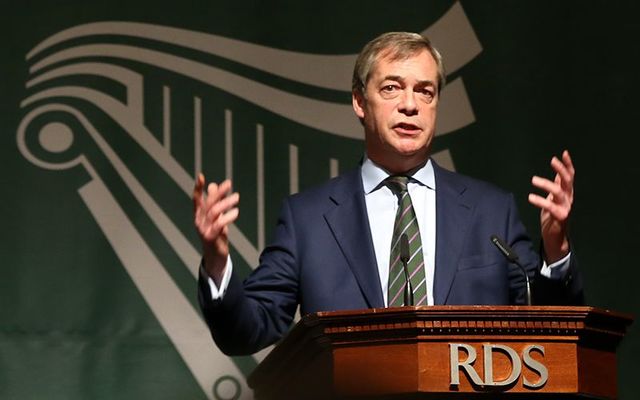 Irish Labour Party spokesperson on finance, public expenditure, and reform Joan Burton has said that two leading English Brexiteers – Nigel Farage and Boris Johnson - could be among those to thank when Ireland is united.

Farage was a founder and former leader of the right-wing UKIP Eurosceptic party which prompted Britain to vote to leave the European Union, a deal finally accepted by EU leaders last Sunday and which now awaits ratification by MPs at Westminster.

Johnson resigned as foreign secretary in opposition to Prime Minister Theresa May’s approach to Brexit and his opinion that she had conceded too much to EU leaders.

Burton, former tanaiste, addressed the Oxford Union on the motion “The House Believes Ireland is Ready for Reunification.”

She noted that the U.S. has Mount Rushmore in the legendary Black Hills of Dakota where the sculptures of famous Presidents are carved into the rock face.

She said, “Perhaps in the future, Ireland will create its own Mount Rushmore to celebrate the pioneers of national reunification.

“Perhaps some surprising figures from England might rank as worthy candidates for inclusion?”

She added, “Step forward Mr. Nigel Farage the great panjandrum of Brexit…surely too Mr. Boris Johnson, a former president of this august union, has a good claim for inclusion as an architect of Ireland’s reunification.”

Burton said there was now a new factor in Anglo Irish politics, quietly but universally acknowledged.

“England’s Brexiteers, all of them proud unionists in name, have done more to advance the case for a united Ireland than the IRA achieved in three decades of sordid terrorism.”