Tom Deignan reminds us that "the 21st-century American city is still, to a significant degree, an invention of Irish Catholic immigrants." 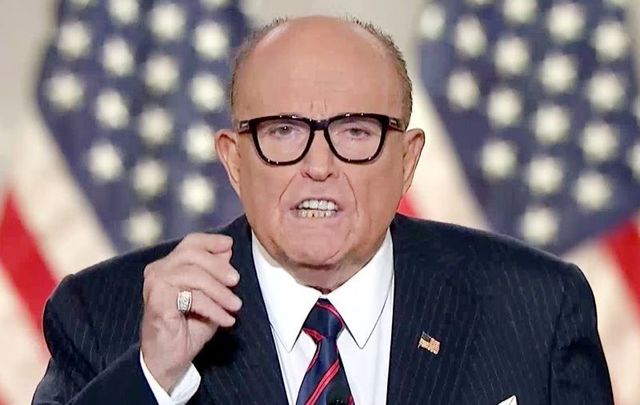 There was another time when it seemed the whole damn country was burning, and an Irish American from Queens named James Earle Breslin -- “Jimmy,” to most -- decided to take a stand for the great, if flawed, cities of America.

"It's insanity that we let a bunch of lobster fishermen from Montauk and a bunch of jerks from Niagara Falls tell us how to run our schools," Breslin said, around the same time he and Norman Mailer launched a campaign that they semi-seriously hoped would end with them both running the city of New York -- which would no longer be a city, but the 51st American state.

What sounded cockamamie in 1969 might now be the one thing Donald Trump lovers and haters can agree on.

Folks from Brooklyn to San Francisco just love to mock those small-town rubes in flyover country, with their cheap sneakers, cheaper beer, and 40 extra pounds in their guts.

And boy is the feeling mutual! As was evident to anyone who caught even a moment of the recent Coalition of Gun Lovers and City Haters meeting -- otherwise known as the Republican National Convention.

DON’T LET DEMOCRATS DO TO AMERICA WHAT THEY HAVE DONE TO NEW YORK!

"In the strongest possible terms, the Republican Party condemns the rioting, looting, arson, and violence we have seen in Democrat-run cities," added Trump, also a New York native, the son of a Scottish-born mother and grandson of paternal German immigrants.

"In the strongest possible terms, the Republican Party condemns the rioting, looting, arson and violence we have seen in Democrat-run cities all — like Kenosha," Trump said at #RNC2020 🇺🇸 https://t.co/Yktg0Ci9tH pic.twitter.com/3Y71iW3tqX

Read More: Singing the US immigrant blues - how quickly the Irish forget

So, why not go the Breslin route and have these cities separate themselves from the rest of the U.S.?

But until the great American secession of the cities, someone should remind Rudy and Don that if they’re going to recite that list of urban anarchy day in and day out, they might want to add one more villain.

Much as both Trump and bearded hipsters may not want to hear it, the 21st-century American city is still, to a significant degree, an invention of Irish Catholic immigrants.

The hard work, energy, and vitality, yes, as well as the riots, poverty, and government “handouts.”  Up to and including that part about being “Democrat-run.”

Consider the wisdom of John Paul Bocock, who took to the pages of Forum magazine over 100 years ago to discuss (as he called it) “The Irish Conquest of Our Cities.”

“It is hardly necessary to point out,” Bocock went ahead and pointed out anyway, “that the Irish in America constitute a small percentage of the population.”

And yet, he added, “In the cities of the United States, a minority has so long been in control that it will require a veritable revolution to shake off, even for a time, the dominion of our Hibernian oligarchy.”

He was talking about “Democrat” Tammany Hall leaders with names like Kelly, Croker, Murphy, Curry, Dooling, Sullivan, and Kennedy. They, and others like them in other cities, catered to needy minority groups and, yes, often looked the other way when bloody donnybrooks left hundreds dead and maimed.  Like the so-called Orange Riots between Irish Catholics and Protestants in the 1870s.

Of course, it’s not fair to blame only the Irish. As one pundit put it in an 1889 issue of a magazine called America: A Journal of Today, “I attribute most of the (problems) of our large cities to foreign influence...the German vote, the Irish vote, the Italian vote.”

But don’t shovel that PC poop at Mr. Henry Bowers of the American Protective Association, who once proclaimed, “In the large cities, criminal statistics show that while Roman Catholics furnish about four percent of the population, they produce more than one-half of the crime.”

Of course, it’s also possible Republicans are simply recycling so much Bowersian rubbish. Had this stuff been taken seriously not all that long ago, Trump and Rudy would currently be barking at carnivals in Hamburg and Naples, respectively.

Read More: The “privilege” of being Irish American