Close-lipped Pope Francis fails to make his mark in Ireland

"The problem is, it's not enough. It's just words." After years of suffering and mistrust in Ireland the feeling in Ireland post-Pope Francis's visit is one of anticlimax. 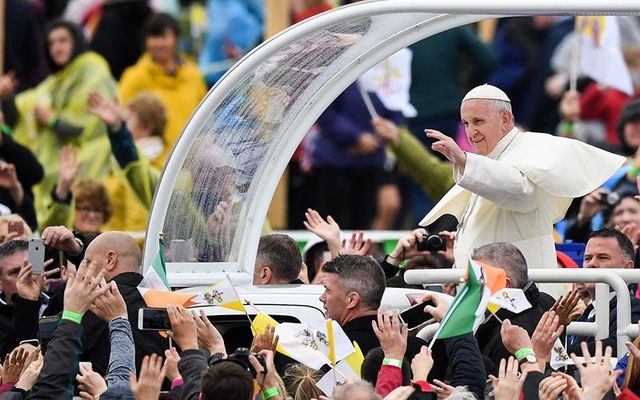 Pope Francis arrives for Mass at Phoenix Park in Dublin on Sunday. RollingNews

"The problem is, it's not enough.  It's just words." After years of suffering and mistrust in Ireland the feeling  in Ireland post-Pope Francis's visit is one of anticlimax.

The overall feeling after the visit to Ireland by Pope Francis at the weekend was one of anticlimax, even disappointment.

Yes, he was warm, engaging, charismatic.  There were moments of great joy, even euphoria, among those who came to see him.

But appealing though his persona is, it could not hide the fact that he was offering nothing new on what the church is prepared to do about the sex abuse scandal that has rocked it to the core.

With the Pennsylvania revelations still in the news when he landed, it was never going to be easy for him.  While he was here this was made worse by reports of a new abuse probe in the archdiocese of St. Louis, Missouri.

And as he was leaving an explosive 11-page testament from a former senior Vatican official, Archbishop Vigano, was published claiming Francis knew that Cardinal Theodore McCarrick, the former Archbishop of Washington, had serious accusations of sex abuse against him but had done nothing about it.

Vigano, a former Vatican ambassador to the U.S., says that in 2013, a few months after Francis became Pope, he gave him a file detailing credible allegations of abuse by McCarrick but had got no response.  The claim is particularly serious for Francis since it suggests he had covered up for McCarrick, who resigned a month ago when fresh accusations of abuse against him emerged.  It also makes the promise given by Francis during his Irish visit that there would be no cover ups sound somewhat hollow.

There seems to be no end to the global sex abuse scandals in the church, and it’s no wonder Francis looked drained and forlorn at times while he was here.  He is clearly a decent man who is disgusted by all of this and it is hard not to feel sorry for him, even if he has not acted as quickly and decisively as was hoped when he became Pope five years ago.

At the age of 81 the task he faces is monumental, nothing less than transforming the Catholic Church and saving it from a slow death by a thousand cuts. In the last few years we have seen a tidal wave of abuse revelations from around the globe, including examples in Europe, South America, Australia, Africa, India and other places, as well as the U.S.

Here in Ireland, of course, we have a real and visceral interest in all this since we have our own history of sordid sex abuse by clergy over many decades, with the offending priests switched between parishes as part of the cover up by bishops to avoid scandal.   The priority in the Vatican always was -- and, despite what Francis is trying to do, still is -- to protect the church.

There was some hope when Francis took over from the hardline Benedict five years ago that things might be different.  Despite his more engaging personality, however, that has not been the case.

Yes there are heartfelt expressions of horror and regret from Francis (undoubtedly sincere) each time a new revelation emerges.  There have also been new guidelines for clergy dealing with victims and new rules to better protect children in the future, although their implementation is patchy, to say the least.

In short, there have been a lot of words but little action.  The compromised senior figures in the Vatican in charge of dealing with this area are still there and still putting the church first at the expense of victims.

If Francis was serious about making a new start he would have fired (or retired) all of them immediately.  A total clean sweep of the top layer in the Vatican was required but he did not (or could not) do it.

This may explain, for example, why he appears to have been unable to get rid of McCarrick for several years.  Cardinals and even bishops have a degree of autonomy within the church, and at the top level in the Vatican there is a defensive reluctance to change and an imperious and dismissive attitude to criticism.

They don't call them The Hierarchy for no reason.  They cover up and deal with problems internally as they see fit.

Also disappointing has been Francis's stance on issues like gay marriage and women priests.  His failure to respond to the questions raised on these issues by former Irish president (and committed Catholic) Mary McAleese, who has an adult gay son, is revealing.  Francis is good at talking the sympathetic talk but so far has been slow to walk the difficult walk towards real change in the church.

What became even more clear during his Irish visit is that compassionate words and expressions of regret are no longer enough.  In what feels like an endless stream of abuse scandals, they sound more hollow each time he makes yet another plea for forgiveness.

He asked for forgiveness on four public occasions during his Irish visit -- most notably at the Mass in the Phoenix Park -- and he was forthright in his condemnation of sex abuse by priests here and the way it had been covered up for so long.   He extended his apology to the mistreatment of children by brothers in religious orders and young women locked up in Magdalene Laundries run by nuns who took their babies away from them.

Last week, days before the Irish visit and shortly after the revelations in Pennsylvania, the Pope issued a letter to Catholics around the world in which he expressed his anguish at the global abuse scandals in the church and his absolute commitment that "no effort will be spared to prevent abuse and its cover up" in the future. And he repeated that undertaking several times while he was in Ireland.

There can be no doubting the heartfelt sincerity of his apology.  And it is also true, as mentioned above, that Francis has introduced new guidelines in the church to better protect children in the future.

The problem is, it's not enough.  It's just words.

Ending sex abuse in the Catholic Church demands more than words, more than new rules and protocols in the existing set-up. It requires a deep level of change involving the end of priestly celibacy, the introduction of married clergy and women priests, among other things.  More than anything, it requires a fundamental shift in the attitude to sexuality in general in the teaching of the Catholic Church.

And it's not just the Pope who is missing the point here.  Even many of the organizations for victims are focused on the rules and regulations within the church and seeking justice for past crimes.  Like the Pope, they are focused on rules and regulations within the existing set-up aimed at preventing abuse, rather than the reasons the abuse happened in the first place. 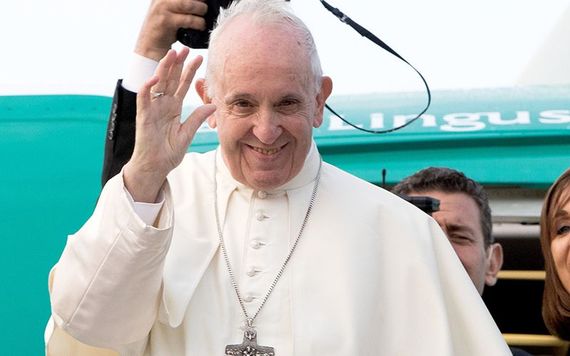 Of course those who are guilty must be made accountable and punished.  But what the victim organizations and the Pope should be concentrating on is the root cause of abuse within the church.

That root cause, as we pointed out here last week, is the basic attitude of the Church to sexuality which regards all sex outside marriage as evil.  Changing rules and regulations within the church may help, but it will never stop abuse as long as this warped, stultifying attitude to sexuality continues.

What the church needs to do is to accept that sex is a natural, life-affirming part of human existence, whether people are married or not.  It is something to be embraced and celebrated, not something shameful that must be condemned and forbidden.  As long as no one is hurt or harmed in any way, there is no reason that sex should be a sin.

The present negative attitude within the Catholic Church to sexuality is the root cause of the abuse by so many priests, brothers and (to a lesser degree) nuns.  It produces an obsessive, twisted mindset about sex that is unhealthy, and ultimately futile.  Since sex is a natural and powerful part of every human being, it will always find a way of emerging, even when denied.

This is a particular problem where the clergy are concerned, as we said last week.   Young men who enter a celibate religious life before they have had any sexual experience remain fixed at the fumbling adolescent stage where sex is concerned.   That is one reason why so many of them in the past went on to abuse children and teenagers.

Another related reason is their inadequacy, their lack of confidence and knowledge where sex is concerned.  With no experience, it's easier for them to experiment with children and teenagers than it would be to have a mature sexual relationship with an adult of their own age.  And of course that is true whether they are straight or gay.

Last week's column on this topic led to hundreds of comments on IrishCentral, many agreeing with this point of view.  "Grown men who are sexual adolescents are ill-prepared for the desires that plague them later in life, and many gravitate toward the young -- teen girls and boys -- who are on the celibate's own emotional level,” was one typical comment.

The online commentary did drift into another area not covered in this column last week -- the theory that many abusive clerics are closet homosexuals.  This may well be true, but it does not explain why they target young victims rather than form adult gay relationships.

There is no reason why gay priests should be a threat to the young simply because they are gay. The more likely reason is that as adults they have remained "sexual adolescents,” to use the above commenter's phrase.

The damning document from Archbishop Vigano mentioned above is strongly of the view that homosexuality is an important factor in the abuse scandals facing the church.  Vigano says that McCarrick had already been placed under sanction by Pope Benedict because of a string of abuse allegations, but this was lifted by Francis when he became Pope.  Despite the dossier given to Francis by Vigano in 2013, this continued and Vigano has now called on Francis to resign as a result.

On the flight back to Rome on Sunday Francis refused to comment on the Vigano accusation, a rather lame position to adopt.  It shows just how difficult all this has become for him.  And even though his visit to Ireland was seen as a success, the bottom line was that only 130,000 people turned up for the mass in the Phoenix Park when half a million had been expected.

For the church, both in Ireland and around the world, time is running out.  Words of apology are no longer enough.  Radical action is needed to change the church's warped view of sexuality.

A good start would be the immediate end of celibacy and the introduction of married priests and women priests.

Can Pope Francis mend the Catholic Church and heal the wounds it's made? Let us know what you think below or on social media.