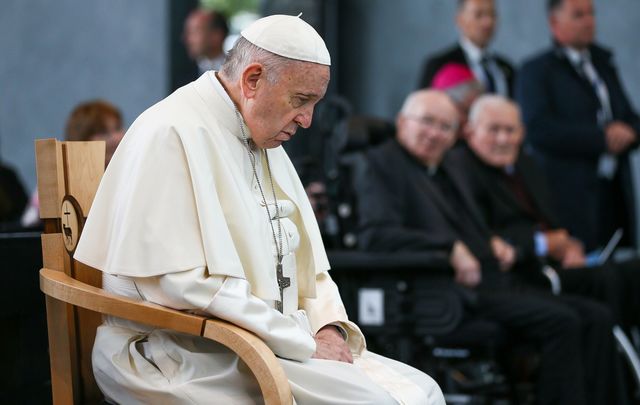 The former Vatican official in the United States has released an 11-page statement which accuses Pope Francis of covering up his knowledge of the extensive accusations of sexual abuse faced by Cardinal Theodore McCarrick.

Vigano’s released an 11-page statement to conservative Roman Catholic media outlets. As of Sunday lunchtime the Vatican had declined to comment.

In July 2018 Pope Francis accepted Cardinal McCarrick’s resignation. He is the first Cardinal in living memory to resign his position. He did so after a review concluded that claims by a 16-year-old boy of sexual abuse were credible.

Claims of sexual abuse against McCarrick date back as far as 1994, including younger members of the church as well as seminarians and other priests.

In Vigano’s statement, released on Sunday, he said he had told Francis of the most recent allegations against McCarrick in June 2013, shortly after Francis’ election as Pope.

Vigano wrote “He knew from at least June 23rd, 2013, that McCarrick was a serial predator…

“Pope Francis must be the first to set a good example for cardinals and bishops who covered up McCarrick’s abuses and resign along with all of them.”

Vigano also slammed the “homosexual networks present in the Church”.

In fact in Vigano’s 11-page missive the world “homosexual” appears 18 times. The word “child” appears only twice, both in the titles of Church documents.

Vigano’s claims come during Pope Francis’s visit to Ireland. Speaking on Saturday the Pope has slammed the abuse and cover up of sexual abuse by the clergy in the Church. He even went as far as to refer to those who covered up the abuse as human excrement.

Speaking at Dublin Castle Pope Francis said “With regard to the most vulnerable, I cannot fail to acknowledge the grave scandal caused in Ireland by the abuse of young people by members of the Church charged with responsibility for their protection and education…

The Pope will make his final appearance in Dublin this afternoon presiding over a Mass in the Phoenix Park, for an expected crowd of 500,000 people.