With victims numbering in the 1000s, shocking stories of the cover-up of abuse within the Catholic Church in Pennsylvania emerged in a grand jury report, including the case of one priest who is said to have abused five sisters in the same family. 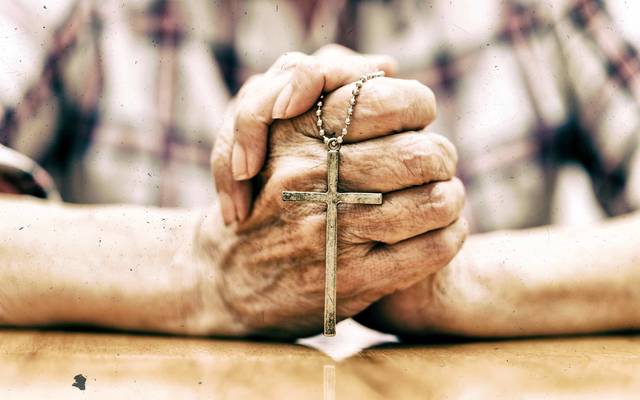 Six Catholic dioceses in Pennsylvania are said to have covered up the actions of 301 “predator priests.” Getty

Six Catholic dioceses in Pennsylvania are said to have covered up the actions of 301 “predator priests.”

Official internal church documents show that over 1,000 children were abused by 301 “predator priests” over the course of 70 years, a grand jury report has revealed.

On Tuesday, the report, which covered six of the eight Catholic dioceses in the state, confirmed that there over at least 1,100 credible cases, while thousands of further cases of abuse may have gone unreported.

"We believe that the real number of children whose records were lost or who were afraid ever to come forward is in the thousands," the grand jury report says.

"Priests were raping little boys and girls, and the men of God who were responsible for them not only did nothing; they hid it all. For decades. Monsignors, auxiliary bishops, bishops, archbishops, cardinals have mostly been protected; many, including some named in this report, have been promoted."

The lengthy report also reveals the extent to which the abuse was covered up by the church with one priest who had abused several boys even being given a recommendation to work in Disney World.  The grand jury described the Church’s cover-up acted as "a playbook for concealing the truth."

"There have been other reports about child sex abuse within the Catholic Church. But never on this scale," the report stated.

"For many of us, those earlier stories happened someplace else, someplace away. Now we know the truth: it happened everywhere."

With the abuse dating back to 1947, "almost every instance of abuse we found is too old to be prosecuted" it added, with Pennsylvania State Legislature requiring that victims of child abuse file a civil lawsuit against the Church before they turn 30 and to file criminal charges before they turn 50.

One priest fondled boys and told them he was performing a “cancer check.”

Another priest sexually abused five sisters from one family for ten years.

These are the stories that were uncovered by a Pennsylvania grand jury. pic.twitter.com/2ASy6femlJ

The report outlines horrifying cases of abuse within the state including the case of five sisters within the same family who were abused by the same priest, one of them from the time she was 18 months; a HIV-positive priest who had abused children for years; a priest who pleaded for help after sexually molesting a boy but who was left in the ministry for years; and a priest who raped a seven-year-old girl in a hospital after she had her tonsils out.

These and the hundreds of other cases were “all of them were brushed aside, in every part of the state, by church leaders who preferred to protect the abusers and their institution above all."

The full grand jury report into Church sexual abuse in Pa. is here.
It runs to over 1,300 pages, involving more than 300 priests abusing more than 1,000 victims. The introduction — 12 pages — should be read by everyone. No words. Beyond grotesque. https://t.co/sc7LJNqT8a

The Vatican has declined to comment on the report but Cardinal Daniel DiNardo, president of the U.S. Conference of Catholic Bishops and Bishop Timothy L. Doherty, chair of the bishops' Committee for the Protection of Children and Young People, said in a joint statement: "The report of the Pennsylvania grand jury again illustrates the pain of those who have been victims of the crime of sexual abuse by individual members of our clergy, and by those who shielded abusers and so facilitated an evil that continued for years or even decades.

"As a body of bishops, we are shamed by and sorry for the sins and omissions by Catholic priests and Catholic bishops."

What was your reaction to the report? Let us know your thoughts in the comments section, below.