Priestly celibacy is an unnatural and impossible demand dreamed up by the church centuries after Christ died. 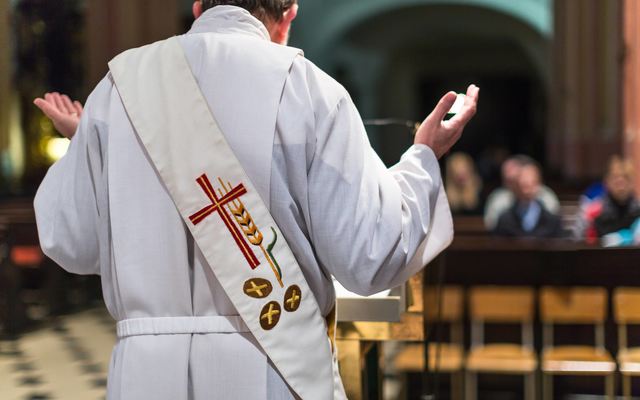 Priestly celibacy is an unnatural and impossible demand dreamed up by the church centuries after Christ died.

This coming weekend the Pope will visit Ireland and he can be sure of a warm Irish welcome. It’s what we do for all our visitors here, despite any misgivings we might have.

But there is no escaping the fact that this visit by Pope Francis comes under a very dark cloud indeed. It’s not just the extent of the latest horror story of sex abuse in the Catholic Church, this time from Pennsylvania where a grand jury report has identified 300 priests who abused at least 1,000 victims in six dioceses there (and probably thousands more) over the last 70 years.

The Catholic Diocese of Pittsburgh has received about 50 new allegations of abuse in the week since a grand jury report was published about sexual abuse by priests...https://t.co/1FEMsW6u4H pic.twitter.com/MnyM9wsfGK

We must ask the most basic question: Why did so many priests abuse in the first place? What made them do it? Answering that question honestly is much more important than revising rules and regulations within the current set-up in the church.

It is the first step towards preventing abuse in the future. Uncovering the real reason why so many Catholic priests have been abusers requires a different kind of analysis than we have seen in the church up to now.

Given the scale of what has been revealed in recent years, it is no longer possible to see sex abuse by priests as individual failures, as aberrations in an otherwise healthy religious organization, as inadequacies in church rules and regulations. The problem is much more fundamental than that.

You don't have to be a psychologist to understand that the natural sex drive that all human beings have (given to them by God, if you believe in him) is not something that can be denied and frustrated indefinitely.

It can be sublimated into other things like religious fervor for a while, but eventually, it finds a way out. Priestly celibacy is an unnatural and impossible demand dreamed up by the church centuries after Christ died.

The majority of priests over the years have managed to cope with celibacy, of course, just as there are many ordinary people who end up leading a celibate life. And those priests have managed to do so without harming anyone.

But a significant minority of priests (and brothers in religious orders) have had great difficulty with celibacy. And this was made worse by the fact that many of them entered religious life at a very young age and took their vow of celibacy before they had explored their own sexuality.

You don't have to be Freud to understand that this means their sexuality was arrested at an immature stage, which made them prone to seeking release by abusing children or teenagers when the opportunity arose later.

We know all about this in Ireland, of course, where priests had such a position of power for so long.

The combination of power and frustrated sexuality was lethal here in the priest-ridden, ultra-Catholic republic we developed when we got our independence. This was Ireland created by the founding fathers like de Valera, who was forever dropping to his knees to kiss the rings of the bishops. In this Ireland, church and state ruled hand in hand and anything that conflicted with Catholic teaching, particularly in relation to sex, was crushed.

This was Ireland created by the founding fathers like de Valera

This was the Ireland where the Taliban of the Tabernacle ruled, obsessed with anything sexual.

This was the Ireland where sex outside marriage was demonized, where there was no contraception, where books were banned, and films were censored, where bishops complained if corset ads appeared in newspapers, where priests patrolled dancehalls to keep couples at arm's length.

The answer to all this is now obvious. The Catholic Church needs to fundamentally change its life-denying, repressive attitude to sex.

It needs to accept that sex is a part of what we are, married or not, embrace that part of our humanity and change its teaching to reflect that.

Once it does so there will be no reason not to have married priests, women priests, gay priests. And the repressed sexuality that warped so many priests in the past will end -- and with it the abuse.

The Irish experience, of course, is somewhat different from that in other countries where abuse by Catholic priests has also been a problem.

But the similarities are bigger than the differences. This weekend in Ireland, Pope Francis should step beyond his comfort zone and announce that in future, married priests and women priests will be part of the church. (Since he's infallible he can't be wrong!) Doing that would be the most important first step in reforming the priesthood, saving the church and ending the abuse fiasco that is eating it away.

Does the Catholic Church need to accept that sex is part of being human and change its teachings? Let us know your thoughts in the comments section, below.