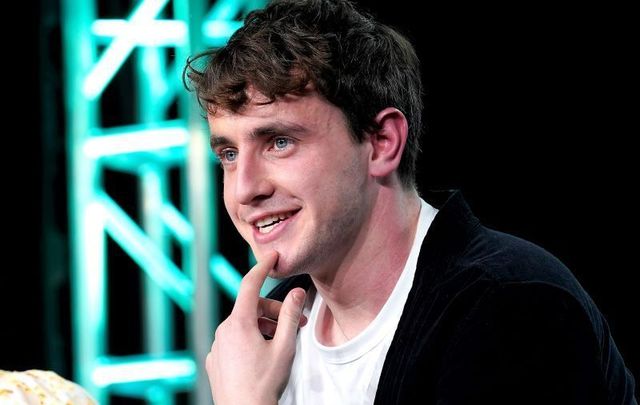 Live theater all over the world is on life support, but when it returns – and it will – we might just see Normal People heartthrob Paul Mescal starring in a new Andrew Lloyd Webber musical.

The world-famous British composer and musical genius (Evita, Cats, Phantom of the Opera) is planning a new show, Cinderella, and he’s apparently keen to have Mescal take on the role of Prince Charming.

Paul captured hearts all over in his star-making turn as Connell Waldron in Normal People, so it’s hardly a shock that Lord Andrew has expressed interest.

“Andrew would love him to star in one of his musicals and joked how they were looking for a Prince Charming. Paul said he was really honored and how it would be a dream to star in a West End show,” a source told The Mirror tabloid in London.

“They’ve spoken a few times and Paul is up for doing something but doesn’t want to commit long-term because he’s being inundated with offers. So he might do a few cameos or take it on for a couple of months.”

Emmy Award nominee Paul, 24, wants to make it big in Hollywood says The Mirror, and you can’t blame him for that.  Lloyd Webber’s Cinderella was supposed to bow this year but it’s been pushed to 2021 because of Covid-19.

He actually tweeted Paul a while back, after the Co Kildare-born actor revealed that he acted in a school production of Phantom of the Opera. “Hi Paul! I heard you are part of the Phantom alumni, fancy a singalong?” Lord LW asked.

Of course, Mescal was gob-smacked. “OMG is this a real thing?” he replied.

OMG is this a real thing 😍