Irish actor Paul Mescal has teamed up with legendary British rockers The Rolling Stones for their newest music video. 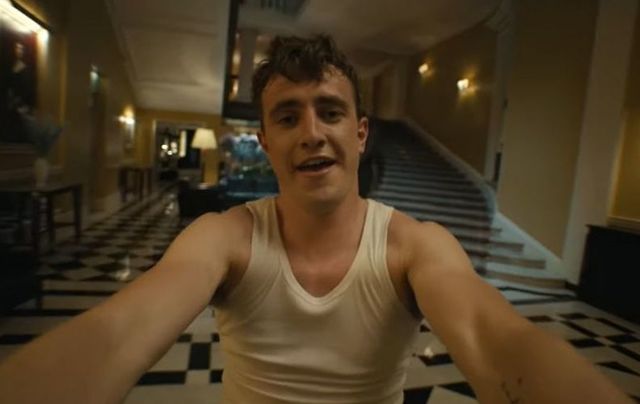 Paul Mescal, the Irish actor who recently received an Emmy nomination for his role on the critically acclaimed “Normal People,” stars in the newly-released music video for “Scarlet” by none other than The Rolling Stones.

The music video, which debuted on August 6, opens with Mescal speaking into the camera: “Hey Scarlet, I’m a little bit drunk. I’m very sorry. I love you. So just gonna play you a song.”

As the song, sung by the legendary British rocker Mick Jagger, kicks in, a clearly intoxicated Paul Mescal begins to dance, drink, and smoke in a hotel room while tumbling through a range of emotions.

Despite playing a broken-hearted, manic drunk, Mescal continues to be effortlessly endearing.

“Scarlet” is featured on The Rolling Stones' new album “Goats Head Soup 2020," which will be released on September 4. The upcoming album is an all-new stereo mix of The Rolling Stones original 1973 album “Goats Head Soup” and will feature two other previously-unreleased tracks - “All The Rage” and “Criss Cross” - as well as demos, outtakes, live performances and more.

About an hour after the “Scarlet” video debuted on YouTube, Mescal tweeted saying “Mum this is all a bit mad.” The tweet amassed nearly 3k likes in less than 20 minutes.

Indeed, Mescal has been enjoying the limelight lately. His Emmy nomination, announced on July 28, sees him up against Jeremy Irons, Hugh Jackman, Jeremy Pope, and Mark Ruffalo.

In the wake of his nomination, however, several UK publications tried to claim the Co Kildare native as British, which he swiftly denied in a now-viral tweet.

Last week, Mescal teamed up with fellow Irishman Dermot Kennedy, who is also enjoying a rise to fame, for a special live stream performance from London’s Natural History Museum. Not only did Mescal recite a monologue throughout the hour-long stream, but he also joined Kennedy for a duet of the Irish singer’s newly-released single “Giants.”

Getting to collaborate with other like-minded souls is truly an honour. I can’t thank you enough for lending your voice, your talent and your heart to that night @mescal_paul ?? X pic.twitter.com/9e9GGKpCLY