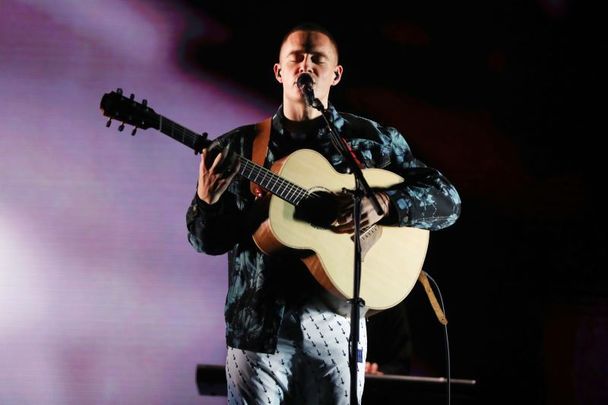 Kennedy and Mescal blew fans away with their performance of 'Giants' as part of Kennedy's 'Some Summer Night', a special one-off live performance broadcast on YouTube.

Some Summer Night was Kennedy's first live show since his sell-out tour in America and the Irish music star stunned fans with his return.

Mescal, who stole hearts as Connell from 'Normal People', read poetry between each of Kennedy's songs and in addition to joining Kennedy to sing his new song "Giants."

"Is there no end to your talents @mescal_paul," one fan wrote on Twitter.

Dermot Kennedy and Paul Mescal are out here making me melt into the floor🥺💛 pic.twitter.com/UB1sqovIjq

One fan said that Mescal and Kennedy was the combination they didn't know they needed, while another poked fun at the recent British press attempts to claim Mescal as one of their own.

Dermot Kennedy and Paul Mescal is the combination i did not know I needed until tonight holy god pic.twitter.com/nwr85JZsyK

These British guys are great.. if only Irish people were this talented 😪#DermotKennedy #PaulMescal pic.twitter.com/ZegnRnQYjm

The following morning, Kennedy thanked fellow Irishman Mescal in a tweet for collaborating with him:

Getting to collaborate with other like-minded souls is truly an honour. I can’t thank you enough for lending your voice, your talent and your heart to that night @mescal_paul 🇮🇪 X pic.twitter.com/9e9GGKpCLY

It seems the two may have had a round of celebrations after the outstanding performance, however:

I’m I’m unavailable atm due to a severe headache