Paul Mescal is set to have his big screen debut as part of "The Lost Daughter," starring Olivia Colman and Dakota Johnson. 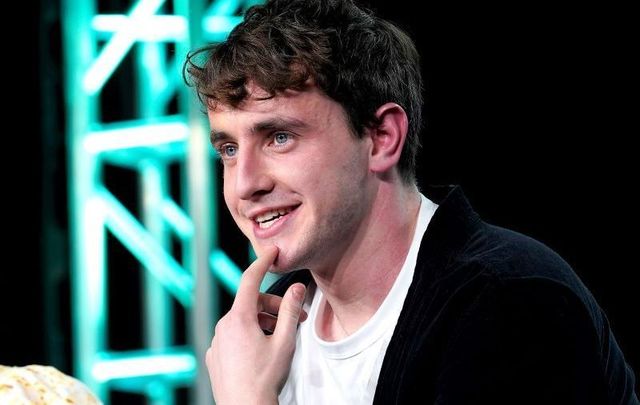 Paul Mescal has signed on for his first feature film "The Lost Daughter." Getty Images

You think you’ve seen enough of Paul Mescal?  Well, yes, if you watched Normal People on Hulu you saw it all, literally!

But the Emmy nominated Irish actor, whose turn in the tearjerker drama shot him straight to the A-list (ditto his mesmerizing co-star Daisy Edgar-Jones), has just landed his first major screen role, and it’s oozing with star power.

Kildare-born Paul, only 24, has signed on the dotted line for The Lost Daughter, the directorial debut of Oscar nominee Maggie Gyllenhaal, and starring Oscar-winner Olivia Colman and Dakota Johnson. He’ll also be joined by Peter Sarsgaard (Gyllenhaal’s husband) and Co. Kerry native Jessie Buckley, who co-starred in last year’s Judy with Renee Zellweger, and also the new season of Fargo.

The Hollywood Reporter describes the film like this: “Colman (stars) as an elegant college professor on a seaside summer vacation who becomes consumed by Nina and her young daughter as she watches them on the beach, only to be overwhelmed by fearful memories of early motherhood.

"Forced to consider the unconventional choices she made as a young mother and the consequences they had for her family, she begins to unravel.”

No doubt Paul figures prominently in the mix. In the meantime, he’ll be waiting to see if he wins an Emmy Award for his work on Normal People. He was nominated for Best Actor in a Limited Series or a Television Movie, competing alongside heavyweights like Hugh Jackman and Mark Ruffalo. The Hollywood Reporter handicapper tips Mescal to win, but he’s not counting his chickens before they hatch.

“My brother sends me (the predictions). He sent me The Hollywood Reporter one, but also those saying I’ve got no chance at all. Both positive and negative. I don’t ask him for it but he does it anyway. I just keep telling him, ‘Please don’t send me anything, it’s not good for my mental health,” Paul said.

Speaking of Jackman, the Aussie multi-talent sent Mescal an email congratulating him on the runaway success of Normal People, and another one after they both received Emmy nods.

“I think the only disappointment is that I won't get to see him at the ceremony. I just hope there's some kind of Zoom (waiting room) and I could talk to him there,” Paul told Variety.