Is Donald Trump the worst American president ever?

"It is like your mad uncle locked in the attic who every day mouths some strange new fixation. Trump is making Idi Amin look like a serious philosopher." 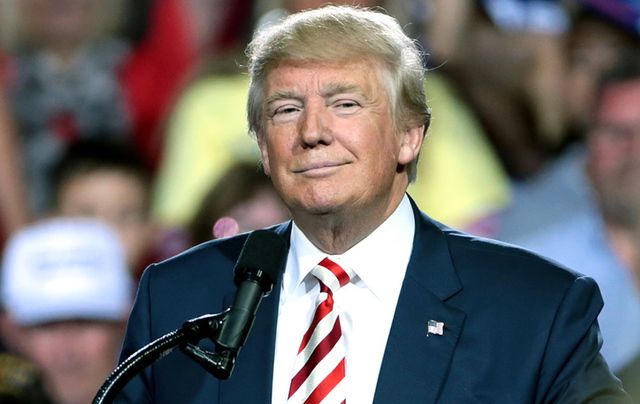 Angry voices wake us these days in America, led by the president of the United States playing out his latest paranoid fixations.

The latest mental malaise began with a weird flirtation with an Irish female journalist in the Oval Office when he singled her out and made a leering reference.  That was followed by a brutal attack on another female journalist, Mika Brzezinski, whose comments on his presidency he disliked.

Uppity women seem to be a real Trump fixation.  One wonders do the 53 percent of white American women who voted for this man have any second thoughts?

Last weekend his other punching bag, besides accomplished professional women, once again came into view. CNN was the target in a bizarre wrestling video showing the president of the United States beating up a representation of CNN.

People have become almost immune to the outrageous nature of such nonsense. No matter how bizarre, Trump’s enablers trot out to defend him like Baghdad Bob spinning fantasies about Saddam Hussein's defeat of the attacking American army.

This is your president after all, and as such he represents the entire nation. It is like your mad uncle locked in the attic who every day mouths some strange new fixation. Trump is making Idi Amin look like a serious philosopher.

Amin, the brutal Ugandan dictator, fancied himself as the world leader. His full title was Idi Amin "His Excellency, President for Life, Field Marshal Al Hadji Doctor Idi Amin Dada, VC, DSO, MC, Lord of All the Beasts of the Earth and Fishes of the Seas and Conqueror of the British Empire in Africa in General and Uganda in Particular.”

Trump, no doubt, would like to be similarly titled.

Amin didn't go mad all at once, though. At one point, when taking on the British colonials, he seemed downright sensible.

You hope it won’t get any worse, but folks, it will. We are only six months or so into this administration and Looney Tunes should be looking to incorporate the goings on for a future cartoon series entitled “Diary of a Mad President.”

We have a seriously impaired president here.  We’d say that if he were a Democrat. This is not party political.

But wait! There was some exciting news on Saturday night. “I remind you that we’re going to start staying ‘Merry Christmas’ again,” he announced at the "Celebrate Freedom" event at the Kennedy Center on Saturday night.

With little matters like health care for tens of millions of Americans hanging in the balance, not to mention North Korea building nuclear missiles that could strike the American mainland, thankfully we have Christmas moments in July to please us all.

....and Japan will put up with this much longer. Perhaps China will put a heavy move on North Korea and end this nonsense once and for all!

We still await the first real crisis of this presidency, not one about whether he should be boxing the ears off CNN but a bona fide occurrence that has nothing to do with "Merry Christmas."

It will come, and it will happen at a time when we have a mentally impaired occupant in the White House.

We are living in the time of the worst elected president of the United States ever – and that is really saying something given some of the puny minds that have occupied the office.