The actor slammed the President and his healthcare policies during a commencement speech in Fordham University. 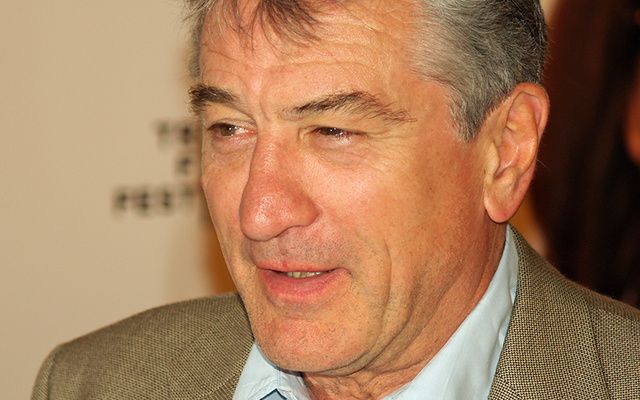 Robert De Niro has labelled President Trump a “racist, ignorant bully” in remarks he made as commencement speaker for the Fordham University Institute of International Humanitarian Affairs today in New York.

He stated that since “Trump and his gang” have taken over the White House, America has entered a downward spiral. He stated Trump's efforts to take health care away from millions would create “refugees in our own country.”

He said he was deeply “angry about the state of the US” since Trump took over and contrasted the work of the graduating students, who work in humanitarian assistance worldwide, with the policies of the current administration.

De Niro stated that he was upset by the lack of humanitarian values across the globe and he believed the world is in one of its most troubling periods ever. Trump was making it far worse by slashing foreign aid and humanitarian assistance, he said.

Read more: 50 ways to lose your healthcare now thanks to Trump and the GOP

Robert De Niro at #IDHA graduation: Too many are people demonized because of their race or religion. Where's the humanity? pic.twitter.com/z8rRkNeQhr

De Niro has been critical of Trump for some time. Recently he told an Alec Baldwin tribute event, “I think when Trump arrives, instead of playing ‘Hail to the Chief,’ they should do the theme of ‘The Godfather’.”

In October 2016, he said to CNN that he would like to “punch Trump in the face.”

De Niro, 74, is a close friend of the Fordham Institute’s founder Dr. Kevin Cahill a Manhattan physician and humanitarian and he agreed to give the commencement address to the thirty  International Diploma in Humanitarian Studies graduates.

He joked that Cahill, who is deeply involved in the Irish American community and a former Director General of the American Irish Historical Society, had brought out the best in him - the 25 per cent of his roots that are Irish through his Irish grandmother Helen O'Reilly.

He also joked that Cahill thought he knew him longer than the thirty years they have been friends because Cahill mistook Al Pacino for him years before that.

De Niro once hitched around Ireland as a teenager in 1962. He said: "I hitchhiked from Dublin to Galway and took the ferry to the Aran Islands, then I went down through the south. People gave me blankets for sleeping outside and I had breakfast with them in the morning. They were very friendly."

Read more: Why Donald Trump seems to like the Irish an awful lot