How will they raise their own girls to respect equality, when their vote already speaks for itself? 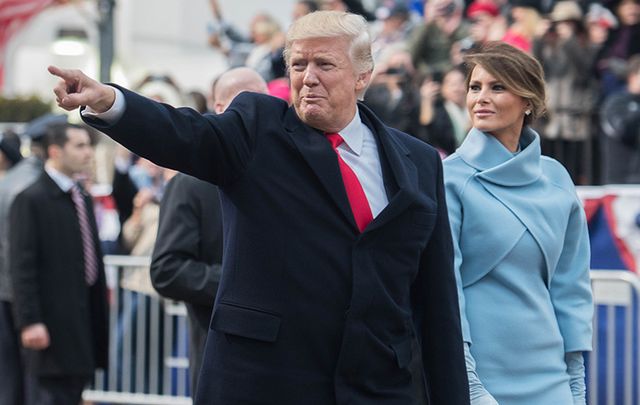 I thought the tape of Donald Trump admitting to forcibly grabbing women by their genitals without their consent would spell the end of his presidential run last year.

Silly old me. I guess I didn’t – er - grasp just how much his supporters (male and female) were prepared to overlook in the pursuit of tax breaks or their political agendas.

When you let a transgression like that pass you open the door for others. You help foster a new climate that says we are no longer shocked by blatant examples of sexism and even violence towards women.

Your wives and daughters notice. Some of them apparently even support it. But all of them will be negatively affected by it. Because the message is going out that we will no longer condemn this kind of bad behavior as emphatically as we used to, which has clear implications for everyone, women and men.

Recall that on meeting the Obama’s in the White House on Inauguration Day, Trump stepped out of his limonene completely ignoring his wife and letting her find her own way.

Trump’s gesture said I’m the main event. I’m the big man in the power tie. It said to his wife Melania that at best she was an afterthought, if he even thought of her at all.

This happened in front of the world’s cameras. This was the president elect of the United States, no longer just some beauty contest second tier TV celebrity. Your wives, sisters, mothers and daughters were all watching all this.

It does real violence to the country, this kind of unthinking incivility. It’s no wonder there has been a sharp spike in bias attacks against minorities in New York City and across the United States. They have their origin, there can be no doubt now, in the toxic rhetoric of the Trump campaign and in the racism and sexism that it stooped to in search of political traction.

Trump has called women pigs, dogs, slobs and disgusting animals. He has used hateful language on Twitter that would see him ostracized in public. “If Hillary Clinton can’t satisfy her husband, what makes her think she can satisfy America?” he asked in 2015, with the kind of blatant sexism that no man – including himself - is ever subjected to.

During the race he also referred to his Republican rival Carly Fiorina in an interview with Rolling Stone magazine, saying: “Look at that face. Would anyone vote for that?”

“Can you imagine that, the face of our next President? I mean, she’s a woman, and I’m not supposed to say bad things, but really, folks, come on. Are we serious?”

Sexism always works through the double standard. He can subject her to that kind of abuse safe in the knowledge it will never be directed back at him. It’s a form of cowardice that masquerades as strength.

One woman who really had Trump’s number from the start was Meryl Streep, the actress who has spent a lifetime studying how character creates destiny.

Streep publicly called Trump a bully at the Golden Globes, saying that his: “...instinct to humiliate, when it’s modeled by someone in a public platform, it filters down into everyone’s life because it gives permission for others to do the same.

“Disrespect invites disrespect, violence incites violence. When the powerful use their position to bully others we all lose.”

It has already started. Trump recently signed an executive order that rolls back hard-won victories for women in the workplace.

Then he endangered the lives of millions of women by removing funding for family planning and sexual health clinics in developing countries.

Now is also threatening hard-won LGBTQ workers’ rights and insisting they not even be counted in the 2020 census, because erasure means irrelevance.

Meanwhile Vice President Mike Pence refuses to even take lunch meetings with businesswomen or place himself at events where he may encounter them (and alcohol) without his wife present. This suggests he cannot see them as fellow professionals, cheapening their work ethic and objectifying their gender.

Finally, Trump has just proclaimed that next month will be national sexual assault and awareness prevention month, which – given his own admission – is an irony of staggering proportions.

Given all these attacks on equality, it’s quite remarkable that polls suggest 44 percent of white female university graduates voted for Trump, with 53 percent of white women overall voting for him.

Half the white women voters in America don’t consider blatant attacks on their equality or even their person to be a deal breaker in a political candidate. That seems like a piece of information worth knowing, doesn’t it?

So how will they raise their own girls to respect equality, when their vote already speaks for itself?