No sympathy for Brexit’s hapless Theresa May

Britain's Prime Minister expected all issues to be resolved and a clear path to be agreed on Brexit, two years later and facing the soon to be passing deadline, it's hard to feel sympathy for a disaster that was entirely avoidable 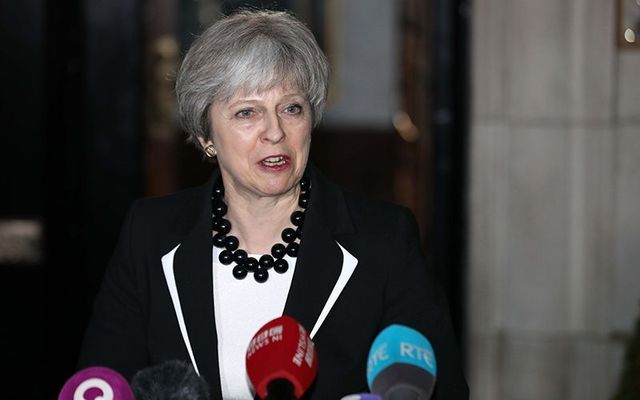 Britain's Prime Minister expected all issues to be resolved and a clear path to be agreed on Brexit, two years later and facing the soon to be passing deadline, it's hard to feel sympathy for a disaster that was entirely avoidable

Two years ago, British Prime Minister Theresa May designated March 29, 2019, as the exit date for the United Kingdom from Europe after Brexit had been passed by referendum.

In her stupidity, she believed that all remaining issues would have been resolved by then and a clear, agreed path to Brexit taken.

It is important to understand that she set that fateful deadline -- she could have picked any date in the future or none at all. It was completely up to her.

Those who retain sympathy for May and see her as a beleaguered leader ought to note that she walked herself into this, as she did a disastrous general election which sealed her fate by allowing the fanatical right-wing unionist party, the Democratic Unionists, retain the balance of power in the Parliament.

We noted at the time that May would be much better served by finding a middle ground on Brexit before kowtowing to unionism and her own right wing and proceeding with a final date.

As has been done on controversial issues in the Irish Republic such as gay marriage and abortion rights, a citizen’s assembly could have been formed which would issue a recommendation which could then be acted upon by consensus, which then could have become the agreed policy on Brexit.

But May did no such thing. She named a date definite, a massive mistake given the huge issues that Britain exiting the U.K. raised from securing the Northern Ireland peace, to removing all EU laws to creating new trading arrangements and treaties.

The North peace had not even been mentioned during the Brexit vote. Afterward, there seemed a reasonable solution with Northern Ireland retaining its customs union membership to ensure that no Irish border would return.

May signed off on what became known as the backstop (a term bizarrely taken from baseball) but then reversed herself under unionist pressure to a no backstop position.  She is currently trying to square that impossible circle by ensuring both sides she is with them.

The unionists actually shot down the gift horse of keeping customs union membership, proclaiming they were as pro-Brexit as anyone else (despite the fact that the Northern Irish electorate had voted against Brexit 55 percent to 44 percent).

May wanted to do her deal with her own hard right wingers and the Democratic Unionists rather than seek any consensus.

Meanwhile, the opposition Labour Party is led by an equally unenlightened leader, Jeremy Corbyn, who changed his position like a weathervane depending on what direction May appeared to be headed.

Now in a further twist of the knife, there is utter confusion again as House of Commons Speaker John Bercow has quite rightly noted that a bill voted down before as May's latest Brexit brainwave cannot be introduced again.

Cue confusion and consternation one more time. Chickens without heads would have behaved more rationally than the best and brightest of British politics.

We eagerly await the next episode in Fawlty Towers…er, House of Commons. John Cleese could make a first-class slapstick comedy out of all this, starring May as the clueless leader.