Board of directors continues to reform the parade’s bylaws in accordance with rules governing non-profit organizations, and last week passed a number of changes that reinforce “the authority and responsibility of the board of directors”. 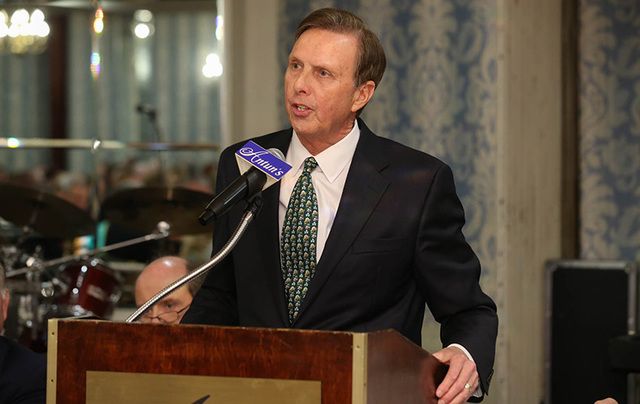 The board of directors of the New York City St. Patrick’s Day parade continues to reform the parade’s bylaws in accordance with rules governing non-profit organizations, and last week passed a number of changes that reinforce “the authority and responsibility of the board of directors,” a press release from the parade stated.

The board met in New York on February 1, and among those in attendance were board member and former chairman of the board’s Parade and Celebration Committee John Dunleavy.  The native of Westmeath, who is pursuing a civil suit against the board in Bronx Supreme Court which challenges the board’s legitimacy and mandate to operate, cast the sole votes against the reforms proposed by the board.

“He was very angry at everything, and said he was mistreated by the board and that he never took a dime from the parade,” a source told the Irish Voice.  Dunleavy’s expenses during his time as committee chairman were investigated last year by the Charities Bureau of the New York State Attorney General’s Office, which declined to take action.

“The board would like to discuss with representatives of these four groups a proposal, which was made 18 months ago, to have leaders of these groups serve on the board, on a rotating basis based on elections within the groups,” the parade’s press release stated.

However, some of the affiliate groups are continuing to wage a campaign against the board and what they perceive as the sidelining of the Parade and Celebration Committee led by John Tully.  The board contends that the meeting which elected the committee members in November of 2015 was illegally held.

The president of the United Irish Counties, Katie Barrett, sent a letter to the parade’s board chairman Dr. John Lahey on January 31 which urged the board and Dunleavy to seek “an amicable solution” to the lawsuit.  The letter also asked of Lahey “as chairman, along with the board, (to) provide the leadership efforts necessary to resolve governance issues to officially acknowledge and work with the committee of officers of the New York City St. Patrick’s Day Parade and Celebration Committee who were elected by representatives of this association and its own affiliated organizations at the election of officers meeting in November of 2015.”

Some members of the United Irish Counties were surprised at Barrett’s letter to Dunleavy.  “We didn’t know about it,” said one source to the Irish Voice.

Frank O’Keefe, the president of the Grand Council of United Emerald Societies, also sent a virtually identical letter to Lahey and Dunleavy urging a resolution to the dispute.  “Many resources of time, talent and treasure have been spent on this case, resources that we feel could be put to better use,” wrote O’Keefe.

At a January meeting of the board and the parade affiliate groups, Lahey made the offer of four board seats to the AOH, Ladies AOH, United Irish Counties and Emeralds, but was rebuffed with insults. One delegate said that if Lahey “had half the brain” he said he had, he would invite the committee headed by Tully to a meeting “tomorrow.”

On Tuesday afternoon, the Parade and Celebration Committee issued a press release and open letter to the board of directors which urged the board to call a joint meeting “to reconcile the divisions that remain within the Irish American community.”

“The Parade Committee has attempted to communicate with the parade board on numerous occasions to fulfill our elected duties, in addition to repeated requests to meet with the board of directors to no avail,” the letter, signed by Tully and corresponding secretary Denis McCarthy stated.

“Between March 2016 up until today, the committee officers chose not respond to the parade board’s negative publicity; nor the mischaracterizations of our elected officers and past officers, nor the intentional misinformation and obfuscated communications from the board, and the marginalization of a dedicated committee of officers who have worked tirelessly for this parade and the Irish American community with a cumulative experience of over 220 years.

“The parade’s board leadership has continued a path towards the concentration of power rather than one of shared collaboration; of empty promises over genuine dialogue; of cognitive dissonance rather than integrity of action!”

The letter was addressed not to Lahey but rather to board president John O’Connor and “worthy directors of St. Patrick’s Board Inc.”