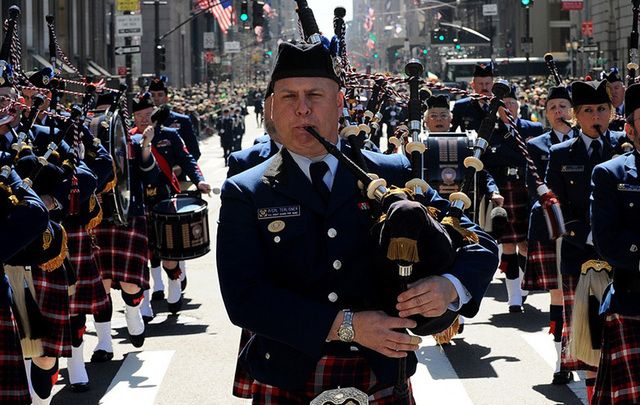 The judge presiding over the legal dispute between the New York City St. Patrick’s Day Board of Directors and John Dunleavy, former chairman of the board’s Parade and Celebration Committee, issued a ruling that denied five requests by Dunleavy’s attorney to stop the board from managing the parade but also permitted Dunleavy to submit an amended complaint, which means the long-running battle for control of the march will likely continue for several months.

On December 20, Bronx Supreme Court Judge Robert Johnson released a 12-page ruling which gave Dunleavy’s attorney Francis Young 20 days to file an amended complaint to include the corporation that runs the parade as the defendant.  The original suit filed in October of 2015 named only board Chairman Dr. John Lahey and was subsequently amended to also include board member Frank Comerford, a top executive at NBC whose New York affiliate WNBC broadcasts the parade live.

Dunleavy’s original complaint alleged not only that Lahey’s election as board chairman in June of 2015 was illegal, but that Lahey and Comerford conspired to keep the broadcast rights at WNBC even as rival network WPIX allegedly offered a deal that would have saved the parade $400,000 in production costs. Johnson’s ruling makes clear that there is no evidence Lahey and Comerford plotted to maintain the parade’s broadcast contract with WNBC.

“In their respective affidavits, defendants Lahey and Comerford aver that the corporation’s directors were fully apprised of defendant Comerford’s relationship with NBC, a fact which is undisputed by the plaintiffs.  Thus, the defendants have established that their conduct complied with the mandates of the corporation’s by-laws, rendering the plaintiffs’ conclusory accusations, based solely on defendant Comerford’s connection to NBC, insufficient to support a finding that the defendants acted in bad faith,” Johnson wrote.

“The absence of a truly competitive, valid offer from another media outlet substantially undermines the plaintiff's’ theory that the defendants urged the corporation to renew its contract with NBC as a means of furthering the defendant's’ personal interests.”

Johnson’s ruling stated that Dunleavy’s “strongest argument” centers on the validity of the Parade and Celebration Committee which was elected by the parade’s affiliated organizations in November of 2015.  At that time Dunleavy stepped down as chairman and John Tully was elected in his place, but the Board of Directors claimed that the election was invalid because Tully and two others elected were ineligible to helm the committee they are not members of the board.

Johnson seemed to agree that Tully and his committee were elected legally – “Section 4 [of the by-laws] enumerates various criteria for eligibility, and noticeably omits any mention of a requirement that the individual be a member of the Board of Directors,” he wrote -- but he declined Young’s request that the committee should manage the parade.

“Given the parties’ dispute over the parameters of the Parade Committee’s ability to call its own elections, and the by-laws’ silence on the procedure for calling the Parade Committee election, there is insufficient evidence to warrant injunctive relief at this time,” Johnson wrote.

The ongoing discrepancies between all parties to the dispute mean that “there are several issues of fact that remain unresolved … accordingly, the plaintiffs’ two motions by order to show cause for injunctive relief and a temporary restraining order enjoining the current board’s actions are hereby denied,” Johnson ruled.

Johnson also denied a request by the defendants to dismiss the case, stating that “although the defendants claim that the record is replete with documentary evidence warranting a dismissal of the complaint, this court finds to the contrary.”  The defendants sought costs and attorney’s fees, but Johnson did not agree.

The Board of Directors led by Lahey will continue to run the parade which in 2017 will be led by grand marshal Michael Dowling, chairman and CEO of Northwell Health.  Multiple sources told IrishCentral sister publication the Irish Voice that the board is overall pleased with Johnson’s ruling because it denied multiple requests to wrest control of the parade from the board, and also suggests steep legal hurdles for Dunleavy and his supporters going forward, particularly concerning the allegation that Lahey, president of Quinnipiac University in Connecticut, and Comerford were motivated by personal gain when agreeing to a broadcast deal with WNBC.

“Dunleavy didn’t prove anything which the judge clearly recognized by denying his attorney’s five orders to show cause against the leadership of the board,” a source said.

“The orders were denied because it couldn’t be shown that they were based on fact. And there’s no doubt that will continue to be the case.”

The board issued a statement after the ruling which reaffirmed its commitment to running the parade and improving it for the future.

“The New York City St. Patrick's Day Parade Board of Directors will continue working with the affiliate organizations and others to make the 2017 parade a fitting tribute to St. Patrick and a world-class celebration of Irish values.  This ruling means the board can continue its reform efforts to fully comply with the best practices for nonprofit organizations and to maintain an institution in which Irish Americans can be proud,” the statement said.

Young told the the New York Daily News that he too was pleased with Johnson’s decision because it allows the lawsuit to proceed.

“Mr. Dunleavy, the parade committee, the board of directors, and tens of thousands of Irish Americans within the New York metro area are excited by the opportunity of having Mr. Lahey and others testify concerning the orchestration of a coup to benefit himself, Quinnipiac and NBC,” Young said.