Micheál Martin and Leo Varadkar are guilty of conjuring up a well-sanitized version of Michael Collins and his exploits during the recent commemorations of his death. 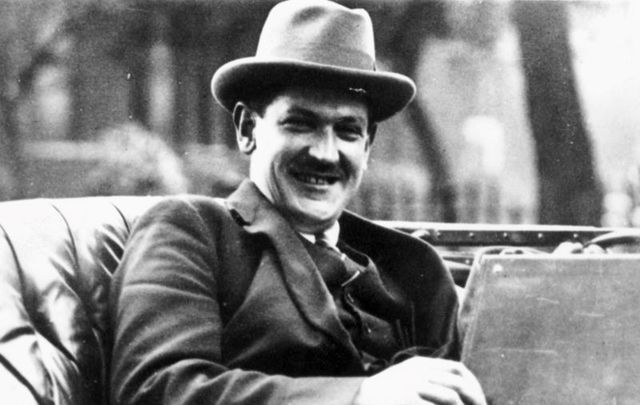 Irish nationalist politician, soldier, and Sinn Fein leader Michael Collins (1890 - 1922) in London for the treaty negotiations between representatives of Sinn Fein and the British government which resulted in the Anglo-Irish Treaty of December 1921. Getty Images

Those who rewrite Irish history even around the edges play a dangerous game, especially when it comes to the Irish Civil War and Michael Collins.

Collins would hardly have recognized the encomiums offered by Taoiseach Micheál Martin and Tanaiste Leo Varadkar at the 100th anniversary of his death which was commemorated on August 21 before an estimated 10,000 people at the site where he was killed, the townland of Báal Na Mbláth, a few miles outside Cork City.

Whatever occurred on that lonely Cork road 100 years ago changed Ireland and Irish America forever. Without Collins, Ireland fell into the rigid Catholic conservatism happily overseen by Éamon de Valera, and partition was ignored until the very people themselves rose up in 1969.

Martin and Varadkar, the two current leaders of the Irish government, are guilty of conjuring up a well-sanitized version of Collins and his exploits in their speeches which did not rise to the occasion, the first joint commemoration by the two parties, Fine Gael and Fianna Fáil, created by the Irish Civil War, a mighty event in itself.

Such an occasion called for truth-telling, not bogus biographies of the man who did more to free Ireland than any other person in modern history.

Essentially they both agreed that Collins was anti-violence in outlook, treading on the path to peace, and would practically be a non-participant in future violence but for seeking to end the Irish Civil War which was his mission in Cork on that fateful day he was killed.

The truth, as revealed again in some recent long-lost diaries, was that Collins was far from conciliatory in his private notes, referring to the fact that he had won the treaty debate and the people were with him and those facing him were “Irregulars,” a term used to describe an illegitimate army.

Collins as a man of peace hardly holds up. He had formed “The Squad,” a secret assassination group dedicated to ridding Ireland of British spies. 14 such spies from the notorious British Cairo gang were killed on November 21, 1920, leading to the Bloody Sunday massacre by British forces at Croke Park in Dublin.

Man of peace? Hardly. A man of war dedicated to ridding Ireland of the British by whatever means, including raw violence, is a far better nomenclature for Collins it seems.

We don’t know the type of Ireland Collins would have built. He could have become a military dictator which was becoming quite a fashion with Franco and Mussolini in Spain and Italy respectively, or perhaps a political dictator like Lenin.

At just 31, Collins had a very long political career ahead and was likely to have outlived most of his contemporaries. No doubt the conflict with de Valera would also have continued but a strong voice for a more open, liberal Ireland such as what Collins might well have provided would have changed everything.

We can definitely surmise that he would never have accepted the Boundary Commission's findings that Northern Ireland and its six counties would stay in place.

Historian Tim Pat Coogan has given numerous examples of where Collins made it clear the border would not stand. Collins would surely have insisted on two more counties, Tyrone and Down, be given to the Free State given the fact they had Catholic majorities.

We will never know, of course, how it all would have turned out. As Collins retreats further and further into history we are left with speculation, not facts.

One hundred years on, the “Big Fellow” remains elusive.

*This editorial first appeared in the August 24 edition of the weekly Irish Voice newspaper, sister publication to IrishCentral.