Five of Michael Collins' diaries from 1918 - 1922 were donated to the Irish State this week and will be conserved and digitized by the National Archives. 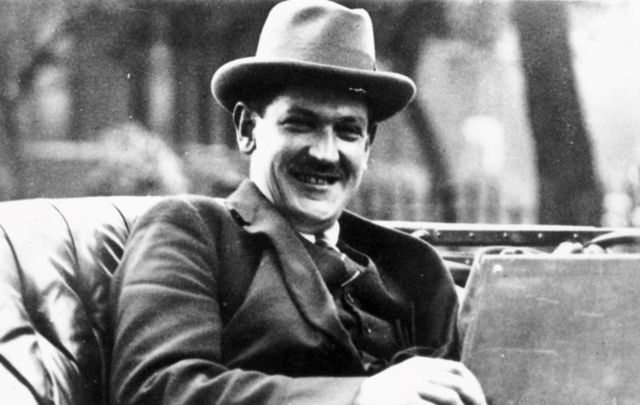 October 1921: Irish nationalist politician, soldier, and Sinn Fein leader Michael Collins (1890 - 1922) in London for the treaty negotiations between representatives of Sinn Fein and the British government which resulted in the Anglo-Irish Treaty of December 1921. Getty Images

Five pocket diaries belonging to Irish revolutionary leader Michael Collins were donated to the Irish State on Monday, November 8 during a special event that was hosted in Collins' native Co Cork.

The donation was facilitated by the Collins family who has been in possession of the historical diaries for decades.

The family said in a statement on Monday: “These five work diaries of Michael Collins were given by our grandfather Johnny Collins (Michael Collins' older brother) to his son, our father, Liam Collins.

“We are delighted on his behalf to give these important records to the Irish people through the good offices of the National Archives. The family hope to involve Clonakilty in the public presentation of these diaries. This would be very important to our father.

“We are honoured, on our father's behalf, to hand over these historic records to An Taoiseach and to welcome him to Woodfield today, the birthplace of Michael Collins, which our Father lovingly reclaimed and preserved and gifted to the State in October 1990."

Helen Collins, grandniece of Michael Collins, told RTÉ News on Monday: "This is really important, this is what my father would have wanted.

"I and my family are just trying to do what my father would have wanted and I know he would be totally happy to have Taoiseach Micheal Martin here in Woodfield today and to hand over the diaries to him for the Irish people." 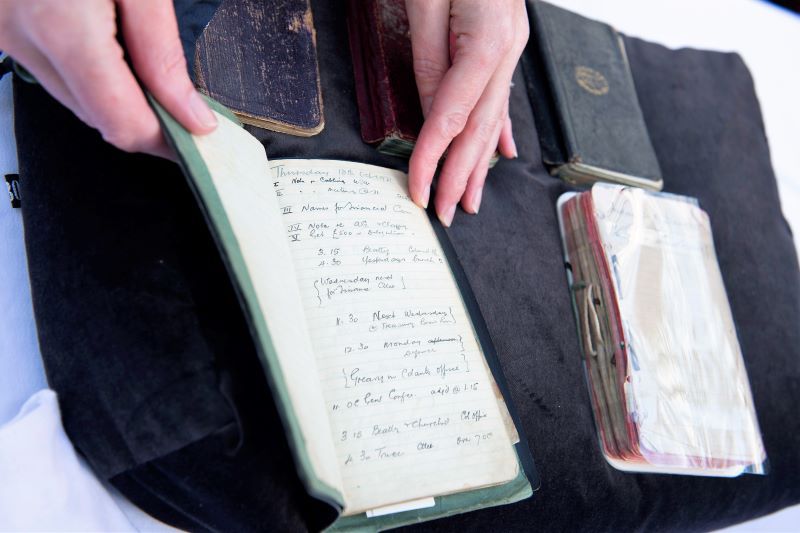 The diaries will now be deposited in the National Archives in Dublin where work will begin on their conservation and digitization.

Ireland’s National Archives said on Monday: “These diaries are of major historical importance particularly in the context of the centenary of Collins’ death in August 2022.

“They provide important additional information relating to a key period in Michael Collins’ life and that of the nation, spanning the War of Independence, the Treaty Negotiations and the Civil War, up to his death in August 1922.

“They contain historical information, details of meetings, events, appointments, and other arrangements, often secret in nature, which have never been seen before.

“The diaries will be on long-term loan to the National Archives where they will undergo conservation and preservation treatment, archival processing, and digitisation to enable public access to the diaries.

“The National Archives will work with Cork County Council to provide local access to digitised copies of the diaries at the Michael Collins House, Clonakilty as well as an agreed return of the original diaries from August 2022 to mark the centenary of Michael Collins’ death.”

Speaking with RTÉ News, Orlaith McBride, the director of Ireland's National Archives, said: "They hold many secrets, because most of the time that Collins was keeping these diaries, he was on the run."

It was an honour and privilege for @NARIreland to be present today when @MichealMartinTD and @Cathmartingreen accepted Michael Collins' diaries on behalf of the State into the National Archives collection. #IrishArchives pic.twitter.com/qm4SpLy7pw

After Monday's event to mark the special donation, Taoiseach Micheal Martin said: “These diaries tell the story of one of the most turbulent periods in our history through the political and personal day-to-day life of Michael Collins from 1918 to 1922.

“There are many new discoveries that will be revealed through the diaries which will now become part of the national collection at the National Archives. This will allow the public, scholars, and researchers learn much more about the events leading up to and following the foundation of the State.

“We want to thank the Collins family for their generosity in working with the National Archives to ensure the long-term preservation of the diaries."

I want to thank the Collins family for working with @NARIreland to ensure Michael Collins’ diaries are preserved for the future.

The public, researchers and scholars will be able to learn much more about one of the most turbulent periods in our history, from 1918 to 1922. pic.twitter.com/859BpJihV8

Minister Catherine Martin TD said: “We get a special insight into such a turbulent time in Irish history through these precious diaries. I am also very grateful to the family for their kind loan and the diaries will now be deposited in the National Archives. They are an important legacy for the State in the context of the Decade of Centenaries marking such a significant figure in the history of the State.”

These precious diaries give special insight into such a turbulent time in Irish history.https://t.co/igO0G8Gdpd pic.twitter.com/vCIo4wAZV3

Minister Simon Coveney TD said: “As we approach the centenary of Michael Collins’ death in August 2022, there is a renewed and increased interest in him.

"These diaries provide a unique insight into an extraordinary life and give details of events which have never before been made public.

"This is a significant donation to the State from the Collins family and we thank them sincerely."

He added: “These diaries will act as a major research asset for historians of 20th century Ireland about pivotal moments of change in Irish history, particularly in the context of the Cork Decade of Centenaries commemorations and the revolutionary period."

On Twitter, TD Patrick O'Donovan said it was a "huge honor" to be at Monday's presentation:

A huge honour as Minister for the #OPW to be in Woodfield this morning home of #MichaelCollins for the handing over to the State of his diaries from his family pic.twitter.com/6XvMjIcgc1