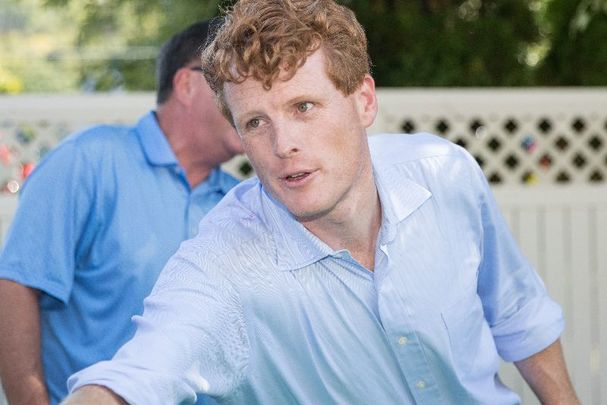 The appointment of Joe Kennedy III as US economic envoy to Northern Ireland is a major decision and one that has been met with considerable satisfaction.

At times it seemed as if Joe Biden's administration did not consider the Special Envoy role as an item of importance. Now we see otherwise.

Perhaps the most important aspect will be the long-term links between the Biden and Kennedy families to ensure that Joe Kennedy III will be successful in his role. The fact is that Biden has always been a huge admirer of the Kennedys, which means that Joe III should have full access to the White House, a very important development in the appointment of any envoy. Only George Mitchell among the previous US Special Envoys to Northern Ireland had such access.

More good news is that Kennedy is informed and interested in Irish issues as he showed when he was a four-term member of the House of Representatives.

But more than all that are the deep and historical links between the Kennedy family and Ireland, ties that are once again active because of Biden’s appointment.

The move will do Kennedy’s future political prospects no harm as he once again enters into the media spotlight after his defeat in the Massachusetts US Senate primary in 2020.

As witnessed by Mitchell’s work, the US Special Envoy can be a critical part of the battle for peace and justice in Northern Ireland. The appointment of a member of the Kennedy clan is a huge plus for Irish America and for the peace process.

*This editorial first appeared in the December 21 edition of the weekly Irish Voice newspaper, sister publication to IrishCentral.