Is the criticism of U2’s Bono warranted or does he get a bum rap?

Enough already, Bono - There's always been something a bit ludicrous about the mega rich lecturing us about global inequality. 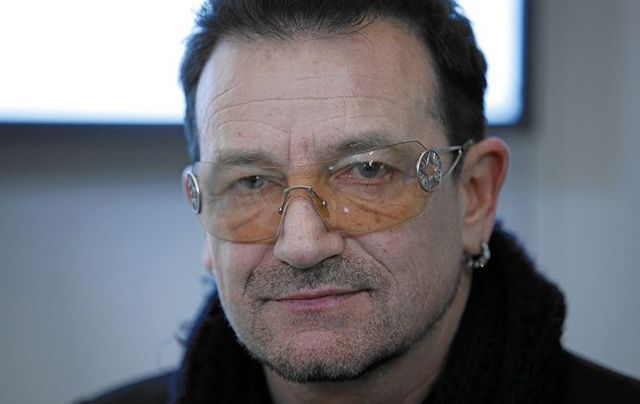 Bono, photographed at the World Economic Forum Annual Meeting, in 2011.

There has always been something a bit ludicrous about mega rich Bono lecturing us about global inequality.  All that posturing on stage as the Conscience of the West and his morally outraged calls for action on Third World debt were always a bit preposterous coming from someone as rich as he is.

So at least one good thing may come from the release of the Paradise Papers last week and the revelation (again!) that he is a tax dodger.  In future -- if he has any sense of shame or even any sense of the ridiculous -- we should be subjected to much less of Bono's preaching.  His credibility as Do Gooder in Chief has been blown.

Yet that is exactly what Bono has been at.  So were thousands of other rich and powerful people whose tax affairs were exposed last week in the millions of leaked documents now called the Paradise Papers.  But the difference is that they don't present themselves as champions of the poor.

You would have thought Bono learned something from the furor in 2006 when it was revealed that U2 had shifted a big chunk of their revenue to a more accommodating tax regime for artists in the Netherlands.  This followed the Irish government's decision at the time to cap the tax free earnings of artists here, a move that could have cost the band many millions.

Accusations of hypocrisy flew at the time, mainly at Bono because of his profile as a campaigner for the poor.  He claimed to be misunderstood and hurt, but if he was it does not seem to have changed his behavior.

One of the things the Paradise Papers revealed last week was that in the past few years he invested in a property company in Malta (where foreign investors pay just five percent tax on profits) which then bought a share in a shopping mall in Lithuania. Not that he did any of this directly himself; he has accountants and lawyers who handle all that.

Following the publication last week Bono said he was "distressed" by what had been revealed.  There was more than a hint in what he had to say that his investment advisors and tax planners may have been responsible and that he himself was unaware of the detail of what they had been doing.

The problem with that excuse, if that is what he is saying, is that Bono is known as a very astute investor who has made far more money from his investments than he has even from U2.  It's a bit hard to swallow from someone who (with his Elevation investment partners) bought into Facebook in 2009 for $86 million and sold shares in 2015 for $1.4 billion.

Bono also insisted last week that anything that had been done in his name was "fully tax compliant" in the countries concerned.  But that is not the point.

Of course what Bono was doing was legal, just as most of the stuff revealed in the Paradise Papers about the offshore tax avoidance vehicles used by thousands of rich and powerful individuals and corporations is legal.  But just because something is legal does not mean it is moral.  And particularly it does not mean it is something that Bono, who has been lecturing us all from the high moral ground for years, should be doing.

We all know that gaping loopholes exist in the international tax set up, with wide variations between tax regimes in different countries and many low-tax or no-tax havens.  These can be exploited by those with enough money to pay the very expensive tax planners, accountants and lawyers who feed off this. It means that the rich and powerful pay far less tax than they should, and one result of that is there is far less available to help feed the poor of the world.

That is the point.  As the leading liberal newspaper in Britain, The Guardian, put it in a headline last week: "Tax Rogues Like Bono Are Harming the World's Poorest People."

There was some comment here last week that this embarrassing stuff has emerged at a very unfortunate time for Bono and U2, since the band is now embarking on the promotion of their new album.  It's the first from them in three years and is seen as critical in putting them back at the top musically and also extending their long run as one of the highest earning bands in the world.

That is true -- Bono and U2 needed this bad publicity at this time like a hole in the head.  But despite this, it is likely that the revelations about Bono's tax dodging will be ignored by most U2 fans, as we saw in their MTV organized appearance in Trafalgar Square in London last weekend.

The 7,000 fans at the special gig did not seem to care less or else were unaware of the besmirching of their hero's reputation.  And it's likely to be the same when the band appears at other international promotional events.

When asked by Irish reporters at the London gig about the Paradise Papers controversy, U2 guitarist The Edge said that he understood people’s anger "at the system."

So it's the fault of "the system," not the fault of Saint Bono, you see.  He was only doing what all the other rich people can do legally, an argument that may diffuse criticism abroad but is unlikely to satisfy anybody in Ireland.

Why U2's Bono showed up in a massive offshore tax haven leak https://t.co/KzzGuQFTbh

Here at home there is a more compelling reason for people to be annoyed about this than Bono's obvious hypocrisy.  Ordinary people in Ireland -- the vast majority of us who can't afford expensive tax planners and legal experts -- are absolutely screwed for tax.  And the Revenue here are relentless in extracting every last cent that you owe.  So the contrast with what people as rich as Bono get away with infuriates ordinary taxpayers here.

This past weekend also saw the annual conference of the Fine Gael party, and in his address the Taoiseach Leo Varadkar again talked about tax, emphasizing that the minor income tax reduction in the recent budget was just the start.  There will be further income tax reductions in next year's budget and the year after that, he promised.

That sounds good, but the cuts are likely to be minimal, just as the cut this year was.  This year's budget a few weeks ago increased the point at which a single earner here hits the top 52 percent tax rate from €33,800 to €34,550.  That gives these people a few euro extra a week in their pocket.

It's hardly a big deal.  And the reductions in the coming years are probably going to be similar, because we can't afford to do more and still keep a balanced budget.  So we're talking about tinkering with tax, not the massive cuts which would be needed to bring us into line with the U.S., for example, where you have to be earning hundreds of thousands of dollars before you hit the top income tax rate.

And of course it's not just income tax while you are working.  Even after you retire any pension money you get from a former employer is taxed at source, and if you want to hand over your savings or your house to one of the kids either you or they will have to pay the Revenue one-third of the value when you do so, if that value is above a modest threshold.

Any possible option you might think of as an ordinary person to avoid the heavy tax on even modest earnings or savings and investments has already been covered by the Revenue here, and failure to comply is punished by draconian penalties.  It is the low level at which penal tax rates kick in for ordinary people here that makes our tax regime different.  It is what makes people here so angry about tax, particularly when they see rich people like Bono getting away with massive tax avoidance.

As it happens, the annual tax deadline for self-employed people here -- all the plumbers, builders, even freelance journalists like yours truly -- is the end of this month.  All us ordinary people are sweating over our accounts right now, wondering where we're going to find the money to pay the year's tax.   So reading about rich tax dodgers like Bono is literally sickening.

The point is that the rest of us struggle to pay the very high taxes here.  Rich people like Bono can easily afford to pay, but they find ways to avoid doing so.  And then he lectures us about inequality!

Instead of calling the trove of leaked documents the Paradise Papers, a better name might have been Paradise Lost.