Irish President Michael D. Higgins has labeled President Trump's decision to pull the United States out of the Paris Agreement on climate change "regressive and pernicious” 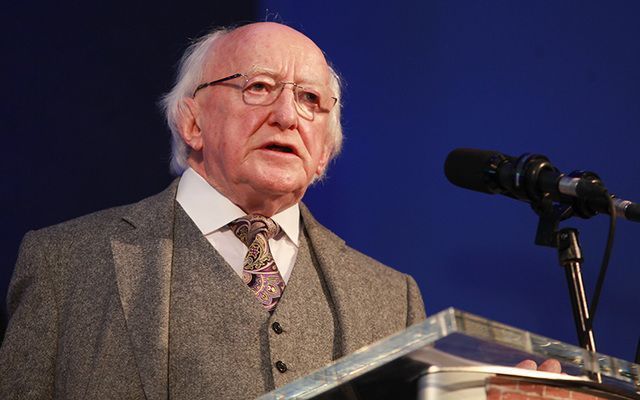 Irish President Michael D. Higgins has labeled President Trump's decision to pull the United States out of the Paris Agreement on climate change "regressive and pernicious”

His remarks come just over a year since the White House withdrew its commitment to the historic United Nations accord and as Trump was on the second day of his state visit to the U.K., before traveling to Ireland on Wednesday.

Speaking at the 10th annual Congress of the European Federation of Public Service Unions (EPSU) in Dublin on Tuesday, Higgins issued a thinly-veiled criticism of Trump's climate policy on the eve of his stopover in Ireland.

"While the EU has a set of binding emissions targets for 2020 and 2030, we must now plan for full decarbonization of our European economies by 2050, encouraging the rest of the world to follow suit," Higgins said.

"We must urge in the strongest possible terms the USA to re-consider its regressive and pernicious decision to leave the global Paris Agreement."

The comments and their timing will no doubt be seen as a deliberate slight of Trump just a day before he is due to land at Shannon Airport.

Climate change is expected to be on the agenda when Trump meets with Taoiseach Leo Varadkar on Wednesday evening.