News that London terror killer spent years in Dublin, was married there and worked as a chef should shock Irish authorities into action. 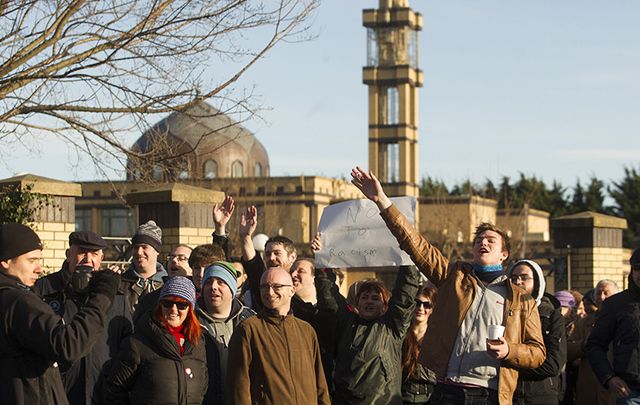 The news that London terror killer Rachid Ridouane spent years in Dublin, was married there and worked as a pastry chef should shock the Irish authorities into action.

They have been complacent, and admit frankly they have no overall disaster plan such as the British showed when moving with lightning speed to bring the SAS to bear in London and having hospitals execute a flawless emergency response.

The same incident happening in Dublin would cause utter chaos, with little or no contingency planning.  Finally, new Fine Gael leader and taoiseach-to-be Leo Varadkar announced a new “Cobra” plan in the aftermath of London to coordinate security and medical responses.

There always seems to be a view that Islamic terror will happen somewhere else and that Ireland will be spared because it has no role in any of the major conflicts other than its own over the past centuries.

The Irish may not have taken part in the crusades but it is clear, after the horrible events of last weekend, that Ireland is on the radar. Infidels are everybody who does not want to swear allegiance to the Koran and the caliphate ISIS wants to set up. The Irish need to move away from the groupthink that they will not be impacted.

The murderous rampage in London was perpetrated in part by a man with close ties to Ireland, proof that ISIS inspired operatives will go anywhere, including to Ireland, at any time to plan or even to spread mayhem.

They are aided by a deeply politically correct society that is not asking tough enough questions of such Muslim migrants. There is also a very strong sense of history when it comes to mistreatment of the Irish who fled abroad, and the country does not want to show they can be just as bad.

Thus a sense of sluggishness in the face of the militant ISIS threat had taken hold in Ireland. But don't take my word for it. Read what respected Muslim imam and scholar Dr. Umar al-Qadri, one of the top imams in Ireland, told The Guardian newspaper.

“Two years ago, I spoke at an anti-radicalization, anti-extremism conference in the EU headquarters in Brussels. I was quite explicit about there being a problem with Ireland, that extremists were using the country as a base to launch attacks elsewhere,” he said.

Al-Qadri's warning fell on deaf ears, as did the predictions by several security experts that Ireland was very vulnerable and could easily be used as a backdoor to Britain by ISIS.

We live in a global world where old distinctions are breaking down and new alliances, East vs. West in particular, are once again to the fore.

This conflict was spawned like so many others in the Middle East which has been a tinderbox for decades and, ironically, it was the Arab Spring that lit the flame.  Syria and Iraq came apart in the subsequent upheaval, allowing ISIS to run riot in parts of both countries that were ungovernable.

The tentacles of that conflict reach all the way around the world -- Paris, Nice, Orlando, London and elsewhere.  There have been horrific incidents involving ISIS over the past two years.

In almost every case, the enemy within carried out the atrocity, a native born person with roots in the Middle East who sparked the carnage. Ireland has many such militants now too, and the case of Rachid Ridouane proves that point.

It is time to be careless no more and en garde as the French would say.

Read more: Your guide to the snap British election and why it’s so important for Ireland