Imams in UK and Ireland refuse the request to preside over any funeral for the Islamic State attackers. 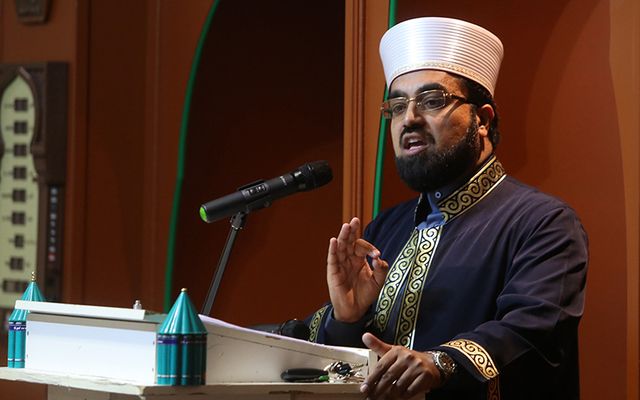 The Chair of the Irish Muslim Peace and Integration Council, Shaykh Umar Al-Qadri, has told Irish radio that he believes young Muslims “vulnerable” to extremism should be given therapy.

The Council has become increasingly vigilant against the threat of Islamic fundamentalism in recent years and launched a guide for Ireland’s Muslim community on how to deal with the problem in 2015.

The actions of the attackers were, he said, “un-Islamic” and “will not be tolerated” within the Muslim community.

In common with over a hundred other imams in Great Britain and Ireland, Al-Qadri has said he would refuse a request to preside over any funeral for the attackers.

Rachid Redouane – one of the London Bridge attackers – was found to have lived in the south-Dublin suburb of Rathmines for a time and whilst Al-Qadri said he did not know Redouane, another attacker, Khurum Butt, looked “familiar” to him.

This is Rachid Redouane – the London attacker who had lived in Ireland last year. https://t.co/0Uu7Zm8IpL pic.twitter.com/tHp0ECGof6

The Imam’s words come at a time when Ireland’s Muslim community feels increasingly threatened. On Monday evening rocks were thrown at the window of Galway’s mosque during a prayer service.

“I believe that this was a direct backlash on our community as a result of the weekend and I am fearful that more attacks will come which could be worse,” the local Imam said.

Church of Ireland and Atheist Ireland in solidarity with Ahmadi Muslims today, after attack on Galway Mosque pic.twitter.com/pSvrqt8Qyx

“I am appealing to the Irish public that what is happening in London and Manchester is sad and tragic and unforgivable but we cannot just assume that every Muslim and every mosque is involved or supporting these so called radicals.”

Commenting on the attack itself, Al-Qadri said people who attack Muslims were doing ISIS’s work for them.

“To blame Muslims would be doing exactly what ISIS wants and it is falling into the trap of ISIS,” he said.

“I urge everyone to stand up against hatred and stand united with the Muslims. Extremists are enemies of all of us, so therefore I am urging everyone to be united and all of us should stop any support of extremism.”