Man arrested in Limerick with ID of London attacker

Man of Moroccan descent found in Limerick apartment with documents related to Rachid Redouane, on of the London attackers identifed by British police by his Irish ID. 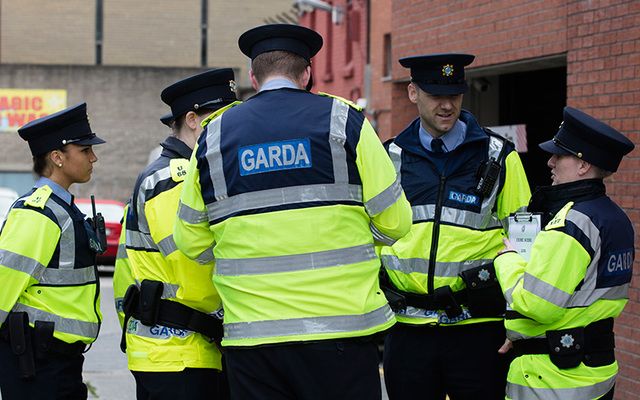 A group of Gardaí. RollingNews.ie

A Moroccan man arrested in Limerick City for possessing documentation related to one of the London attackers has been released today with no charges. On Monday night, Gardaí (Irish police) arrested the man after documents including PPSN details (Irish equivalent of a social security card) of Rachid Redouane were found in the Moroccan national’s apartment.

Redouane, also of Moroccan descent, was identified by British police as one of the attackers involved in the terrorist incident on London Bridge on Saturday night in which seven people were killed and 48 others injured. He was identified by the Irish ID card found in his pocket and is believed to have lived in the country as recently as last year. He was not known to the Gardaí or to British police and speaking in Chicago, Taoiseach Enda Kenny also revealed that he was not currently under any investigation.

“There are a small number of people in Ireland who are being monitored and observed in respect of radicalisation and matters relevant to that,” he said.

“In this case, these facts are being checked but my understanding is this individual was not a member of that small group.”

EXCLUSIVE: Man in custody after ID in name of London attacker seized in Limerick https://t.co/MdrPAy5jKF pic.twitter.com/R2l3mdMJEy

The Irish Times reports that Redouane traveled over and back between the UK and Ireland, having married his British wife Charisse O’Leary in a civil ceremony on November 7, 2012. The couple listed their address as Rathmines in Dublin city where they informed the registrar they would be living.

A cross-border inquiry is currently underway to investigate whether Redouane married for immigration reasons, acquiring an EU-status that would allow him to freely travel between Ireland and the UK.

The man arrested in Limerick on Monday is believed to have used forged documents in Redouane’s name to allow him to work in Ireland and is not believed by Gardaí to have been radicalized. Gardaí say the man had been living and working in Limerick for some time as a chef and had lived elsewhere in Ireland before this.

"This man had used false ID to acquire an RSI number in order to work,” a source told the Irish Examiner.

It appears that once Gardaí were alerted to the ID found on Redouane in London, his name came up on the welfare system in Limerick and investigations began.

“It seems he got Redouane's RSI number by chance and he used his own photo on the identity card with Redouane's name. Before coming to Limerick he worked in the South East of the country. He worked as a chef."

David Hurley of @Limerick_Leader tells us that a Moroccan national is being questioned by Gardaí in Limerick https://t.co/qOaIjGLexS

After unsuccessfully applying for asylum in the UK in 2009, Redouane is believed to have traveled to Ireland to marry shortly before departing for London once again . An investigation in recent years has shown that those whose marriage or immigration plans have been questioned in the UK have seen Ireland as a “back door” into the European Union.

While Redouane’s wife was arrested in London on Monday evening along with 11 others, she was released without charge and is not suspected of any wrongdoing.

"This shows up a major flaw in our welfare identity system. It now seems that RSI details of individuals are being sold on to illegal immigrants who want to get work,” stated Fianna Fáil spokesperson Niall Collins.

"This is worrying from a security point of view and also in relation to fraud. This only came to light because a major trawl has been conducted once it emerged that the killer, Redouane, had lived and worked as a chef in Dublin and was moving over and back to the UK.

"The Minister for Justice, Frances Fitzgerald and and the Minister for Social Protection, Leo Varadkar must make immediate and detailed statements as to what has been going on. This has now come to our own doorstep.

"Islamic fundamental terrorists are now using Ireland as a base for their activities in the UK. We are seen as an easy open door to the UK as our security services have been decimated with cutbacks."

Redouane, 30, was named as one of the three attackers on Monday along with Khuram Butt, 27, a Pakistani-born British citizen, and Moroccan-Italian called Youssef Zaghba, although Zaghba has not been officially named by British police.