Irish police are also looking to recruit new armed officers in response to the attack in London. 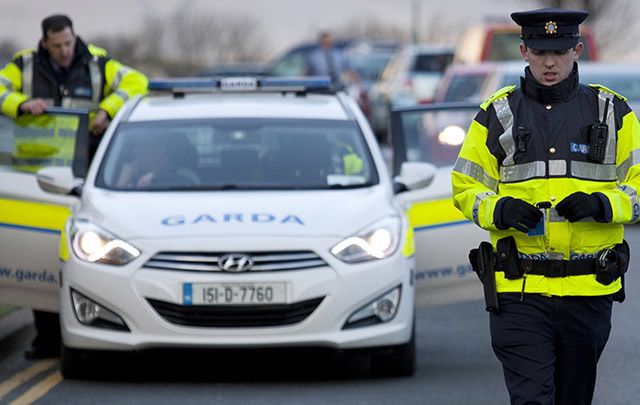 Gardai are investigating Rachid Redouane's possible radicalization during his stay in Ireland. RollingNews

Police in Ireland are delving deep into the life of Islamic State terrorist Rachid Redouane who lived in Dublin, for a time.

The 30-year-old is believed to have married his British wife in Ireland in November 2012. The couple listed Grosvenor Square, in the area of Dublin 6, as their address and Redouane became a member of Dolphin’s Barn library. This seemingly innocuous act that is now part of the Garda’s (Irish police) investigation into how he became radicalized.

Internet records for his time, as a member of the library, might still be accessible but will depend on the computer.

It is understood he also used at least one messaging app whilst in possession of an Irish phone - Irish law does not require records of such messages to be retained.

Garda Commissioner Nóirín O'Sullivan chaired a conference earlier this week to establish what, if anything, police knew about Redouane during the 18 months he lived in Dublin.

Nothing, was the conclusion of the gardaí.

Speaking from Chicago outgoing Taoiseach (Prime Minister) Enda Kenny said, “There are a small number of people in Ireland who are being monitored and observed in respect of radicalization and matters relevant to that.

“In this case, these facts are being checked, but my understanding is that this individual was not a member of that small group.”

That small number of people is believed to number only 12 individuals, mostly of North African origin.

Small though that number might be Dublin-based imam Shaykh Umar al-Qadri told The Guardian that he had raised concerns about extremism in Ireland with the Department of Justice recently but his pleas had been ignored.

“Two years ago, I spoke at an anti-radicalization, anti-extremism conference in the EU headquarters in Brussels,” he said. “I was quite explicit about there being a problem with Ireland, that extremists were using the country as a base to launch attacks elsewhere.”

Gardaí have however confirmed that a sharp rise armed officers is now to take place; police in Ireland do not routinely carry weapons and most are not qualified to do so.

By June 2018 20 new officers will be recruited by the Armed Support Unit - a rise of one third.

"We continuously review the threat assessment, we also review our response capability,” O’Sullivan told journalists. "I think what's really evident is, the world around us is changing, and if we need a sharp reminder of that it's London Bridge.”

A garda source however told DublinLive that such an attack in Ireland would be “pure mayhem” as the Republic was completely unprepared for a terrorist attack like those seen recently in France and Britain.

“We’re simply not ready or prepared to deal with something line this and don’t have the numbers to respond to events like the ones which took place in Dublin on Saturday night,” he admitted. “The response time of eight minutes [in London] was magnificent and the police deserve great credit for that but [that] could never happen here.

“As for the hospitals, they can’t keep up with the normal Saturday night stuff. It doesn’t bear thinking about what would happen if there were multiple casualties at the one time."