Prominent bishops have spoken out against Catholic medical workers being involved in abortions. 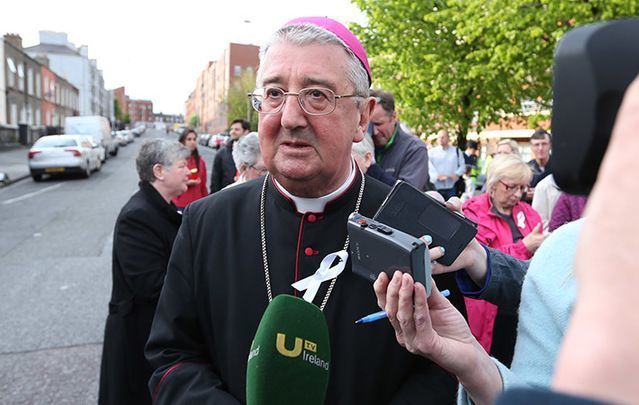 Prominent bishops have spoken out against Catholic medical workers being involved in abortions.

Diarmuid Martin, archbishop of Dublin, referring to the Regulation of Termination of Pregnancy Bill before the Seanad this week, said:

“There’s a clear Catholic teaching that if legislation is against the basic principles of faith of people, they can’t be forced to carry it out.”

He added that Health Minister Simon Harris had recognized the place of conscientious objection. He said the church was waiting to see whether the solutions the minister presents are going to be adequate.

More outspokenly, Bishop Kevin Doran urged Catholic medical workers to resist working on abortions, due to start in Ireland in the New Year.

He urged the professionals to “stick together” in their resistance to the new law.

But with over 60 amendments to be debated in the Seanad, and hospitals and GPs having already stated that they are still awaiting guidelines, a start-up date for the new service could be several weeks into January.

Taoiseach Leo Varadkar  has conceded the service may not be available everywhere and may have to be “phased in.”  But he insisted it will be available from a January date.

Doran told the Irish Independent, “Catholics have no obligation whatsoever to obey this law.”

He said bishops absolutely supported the right of doctors and nurses and midwives, not only not to perform an abortion but not to be required under the law to refer their patients, even though this would bring them into conflict with the law as framed.

Doran said while he and his fellow bishops would insist people obey a just law, in the case of the abortion legislation, he said it had “no moral force.”

He added, “We would not say that about legislation generally. We would say the fundamental pre-supposition is that citizens should always obey a just law. But this is an unjust law and therefore it has no moral force.”

The Irish Bishops' Conference last week issued a statement on the abortion bill, saying that, “in good conscience” it cannot be supported.