British politician apologizes to Irish for her party’s Brexit behavior

Conservative Member of Parliament Anna Soubry says she’s “appalled” by the Tory party and their actions. 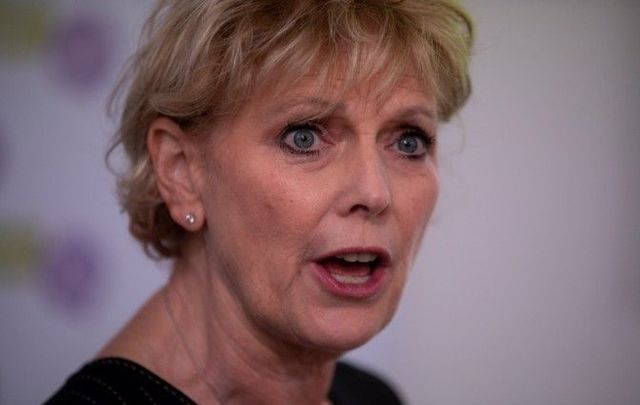 Conservative Member of Parliament Anna Soubry says she’s “appalled” by the Tory party and their actions.

British politician Anna Soubry had some harsh criticisms for members of her own conservative Tory party in the United Kingdom after a vote of confidence in Prime Minister Theresa May was called for on Wednesday.

Speaking on RTE Radio’s Morning Ireland, MP Soubry said: "I can only apologize to your listeners for what my country and my party has been doing for the last few years."

MP Soubry lambasted the right-wingers of the Conservative party who called for a confidence vote in Prime Minister May saying that they have “blighted the Tory party for decades" and that she was "acutely appalled" by their actions.

“They can’t get their own way, so they stamp their feet. They need to grow up,” she said.

“I’m afraid these deeply irresponsible people in my party just can’t face up to the reality of Brexit. They’re like children.”

She then added, “I can just only apologize to your listeners.”

The vote of confidence in Prime Minister May was called for less than two days after May postponed a Parliamentary vote on her Brexit deal, acknowledging that she lacked support for the deal.

After the vote's postponement, May embarked on a tour to meet with European leaders in hopes of finding new negotiations, but the meetings were cut short when she had to return to London to face the no-confidence vote on Wednesday evening.

While critical of May and her deal, MP Soubry does not believe her removal would be the right course of action and is calling for May’s current Brexit deal to be put to a people’s vote in the UK.

We don’t need to change PM but the PM must change course. Get the vote back next week. And when it’s lost take this matter back to the people. It’s the only way out of #BrexitChaos & only way PM stays. @peoplesvote_uk

One of the main sticking points of the Brexit deal, as it stands, is the issue of a backstop in Northern Ireland. Critics believe the current language is too vague and want to renegotiate, but other EU members, including Ireland, have said there is no room for changes.

MP Soubry said: “If you want to avoid the hard border between the Republic of Ireland and Northern Ireland ... then the only way to do that is to be closely aligned to the European Union.”

She acknowledges that “If you do that, then you become a rule-taker, not a rule-maker,” but says "it's the price worth paying for peace in Northern Ireland.”

Prime Minister May ultimately won the confidence vote with 200 votes of confidence, against 117 votes of no confidence.

What do you make of MP Anna Soubry's thoughts? Let us know in the comments