Prime Minister Theresa May has won a vote of confidence in her leadership of the Conservative Party by 200 to 117. 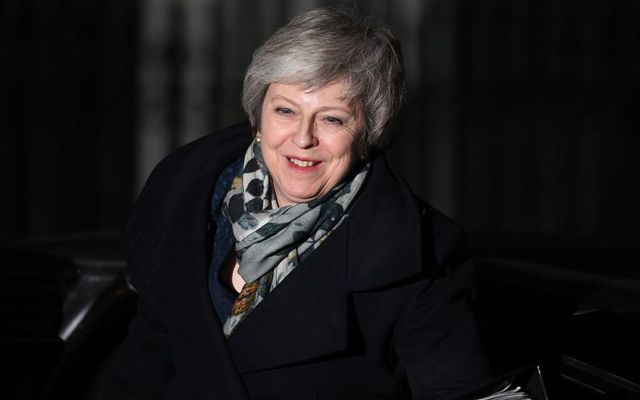 British Prime Minister Theresa May returns to Downing Street after the Confidence Vote in her leadership on December 12, 2018 in London, England. Leon Neal/Getty Images

The BBC is reporting that Prime Minister Theresa May has won a vote of confidence in her leadership of the Conservative Party by 200 to 117.

The result was greeted by cheers and applause from Tory Members of Parliament (MPs) as it was announced by backbench Tory chairman Sir Graham Brady.

It means Mrs. May is immune from another leadership challenge for a year.

The vote was triggered by 48 of her MPs angry at her Brexit policy, which they say betrays the 2016 referendum result. She won the vote by a majority of 83, with 63% of Conservative MPs backing her and 37% voting against her.

Speaking at Downing Street, May stated that she has listened to the concerns of the MPs who voted against her, vowing to deliver the Brexit that "people voted for."

Despite winning the confidence vote, Brexiteer MPs still called on May to resign, with some stating it was a "terrible result for the prime minister."

"This has hardly been a joyful day for the Conservative Party but it has voted very comfortably that it wants her to stay, wants her to take us through Brexit," argued cabinet minister Chris Grayling

Are you happy with the result? Let us know in the comments section, below.