"The style and presentation of our rich heritage of Irish music is not just infinitely different in Irish America. It is also, in my view at least, infinitely superior nowadays." 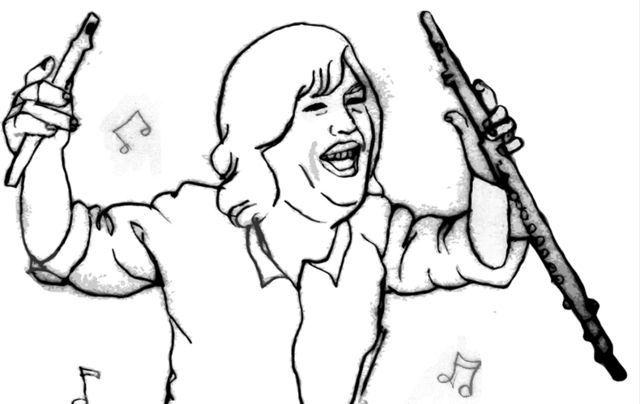 I turned on the splendid Irish language station TG4 last night, and who was presenting a show but the mighty Joanie Madden fronting her rollicking band Cherish the Ladies with the equally talented Clare songstress Maura O'Connell and a galaxy of Irish dancers dripping more stardust over the show. I was rapt for the hour it lasted.

The program, incidentally, was recorded recently in some American university and the audience raised the rafters every chance they got.  Great stuff altogether.

And at a time when the Irish festival of music, song, and dance is rocking the Catskills around East Durham yet again, the show being presented by Madden and her colleagues reminded me about something I meant to cover here a long time ago.

The point I wish to make is that the style and presentation of our rich heritage of Irish music is not just infinitely different in Irish America. It is also, in my view at least, infinitely superior nowadays to the sessions here at home.

I had the pleasure of attending the Catskills Irish Arts Week in East Durham festival twice in recent years. That opinion was formed during the weeks I was there and reinforced when I attended similar festivals all through the west and beyond when I returned home.

Some will allege that I am spreading a heresy by saying what I say, so I will attempt to justify the case here and now.

Madden and her band of ladies, like many Irish American performers I enjoyed in the Catskills, did not simply stand up or sit down on the stage during their show. They projected their work powerfully out to the audience.

Madden played the flute and tin whistle and other instruments as well, and she led the action and acted as emcee.  Her energy was totally infectious and added spice and sauce to the evening.

And that was not all she did either. She sang the harmonies and choruses along with O'Connell and others. She also danced with the dancers when they were doing their supple stuff and, dammit, she was virtually as light on her feet as the best of them. A tour de force of real show-womanship if you like.

Now my friend Reidin O'Flynn, the director of the festival, spares nothing each July in terms of bringing in the cream of the crop of the Irish-based musicians.  They are all genuine maestros. They are legends in their own lifetimes, most of them.

However, speaking bluntly for a change, they don't do the Madden style of showmanship. They sit there, often unsmiling and even stern, as here at home. They believe that their music does the talking for them so to speak.

Purists may well agree with that approach. To me it is a flaw. A major flaw.

There is more. If the music in the televised show I mentioned was being powerfully and effectively being projected out to the eager audience each second of the hour, that is different to what happens here at home 99 percent of the time.

In a typical session the musicians are largely seeming to be playing only for themselves. It is all internalized inside their circle and the listeners are almost eavesdropping.

I checked the next point out with a musician and it is also accurate a lot of the time. Often the musicians in a session here at home are, yes, playing together, but they are also playing against each other some of the evening. Behind those usually unsmiling countenances and intense concentrations there is musical dueling going on as the fiddles jerk under the bows, the accordion bellows expand and contract rapidly, the flutes and whistles fill and empty.

Read more: This traditional Irish singing will leave you mesmerized

It does not stop there either.  Many of the televised home shows usually pan the cameras over the audiences in, typically, a pub equipped with an open fireplace for effect. Many members of the audiences too wear the kind of facial expressions that one used see in the front benches at Sunday Mass, kinda sacramental and solemn, paying due veneration to the jigs, reels, polkas and hornpipes flying out from the fingers of the maestros.

I suppose the waves of Irish emigrants who were musicians needed to develop a style of showmanship because they were competing against many other musical genres over there. The musicians who stayed at home never had to face that kind of competition at any stage, and perhaps that is as good an explanation as any for the extremely different styles and session behavior.

Hard as it is to accept it is possible, maybe even probable, that nowadays there is more rollicking craic up around East Durham every July than can be easily discovered on the home sod. I will leave it at that for now.