This traditional Irish singing will leave you mesmerized

Donegal singer’s sean-nós performance of an ancient Irish air will make your day. 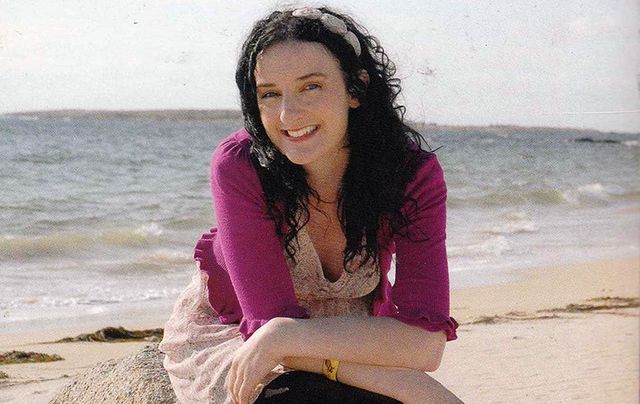 This incredible performance by Noeleen Ní Cholla of the old Irish song "Bean an Fhir Rua" (The Red Haired Man's Wife) is a wonderful example of traditional Irish singing known as sean nós.

Sean nós (meaning "old style" in Irish) is a highly ornamented style of unaccompanied traditional Irish singing. It is a style of singing dating back hundreds of years which was handed down from generation to generation. It is an excellent example of "pure" traditional Irish music.

This traditional Irish singing will leave you mesmerized

Posted by IrishCentral.com on Wednesday, July 19, 2017

She recently released an album called "An Mhaighdean Mhara," with traditional Irish Gaelic songs, Scottish Gaelic songs, English ballads and a newly composed song. She has also recently completed a singing tour of America and Canada.

This fall Ní Cholla will lead a week-long course immersing those taking part in the authentic singing tradition from North West Donegal, and taking you to the islands and landscapes from which these songs originate. The week of sean nós will take place at Teach na nAmhrán (The Song House) in  Falcarragh, County Donegal,  from Sept 30 to Oct 7.

For more information call Candy Verney on +353 85 889 3154, visit candyverney.co.uk or visit their Facebook page. Or you can reach out to Noeleen Ní Cholla on her Facebook page or via www.noeleennicholla.com.

Here are the lyrics to Bean an Fhir Rua:

And here's the English translation via songsinirish.com:

Bhruinneall spotless as is the nice appearance of your cheeks,

He preferred the white boy I turn you both mention,

and I have all indicated conceals m'ábhair and I'm miserable

But despite her my grasses Available beloved wife of the red men.

And when I go around down, I'm in prison attached hard,

bolts on my slender thousands of green then up,

as thabharfainnse the síobh would give the swan over basin,

Or sínfinn my side turn down a woman the man's red.

And give my letters written down town harbor,

at the little girl cry of the berries she lit his cheeks,

as devastating the Trojan is thousands man of formally two mention,

But take courage, Bridget, and risk you no longer the red man.

It is not tea I of this world forever is not I shed the humor,

Or I have my desire spell stretched bar the trees,

No living thing being in the vicinity but the wood grouse and leaves of the branches,

and the man red stretched Kilbride and slab on his head.