How many Ukrainians can Ireland afford to provide refuge to

The negative reaction in Ireland to asylum seekers from other countries who have not been offered the same fast pass as Ukrainians is understandable. 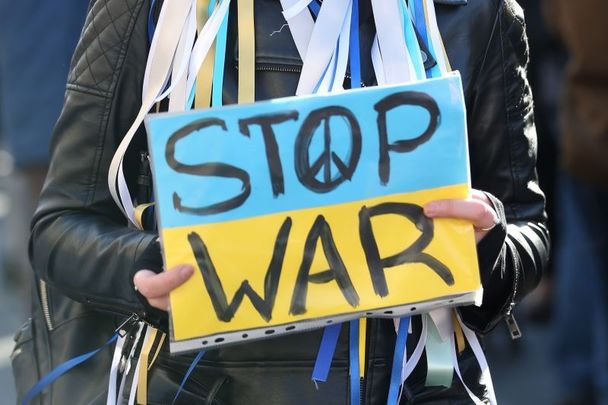 March 5, 2022: Ukrainian protests against Russian invasion at the GPO in Dublin. RollingNews.ie

Ireland has no choice but to overhaul its asylum system. To date, Ireland has admitted around 50,000 Ukrainians fleeing the war and granted them legal status immediately.

Taoiseach Micheál Martin has repeatedly stated that there is no cap and he will never impose one.

Recently he said, “I’m not talking about caps, I am not contemplating that – as I say there will be challenges. We are part of a European-wide response and first and foremost, we are not a military power, the thing we can do best is humanitarian…it’s a shared humanity.  We have to do everything we can to protect women and children and the vulnerable in the first instance and that’s what we are going to do.”

It is a noble sentiment but a foolhardy one too, given the fact that the war sparked by the madness of Vladimir Putin is likely to drive more and more Ukrainians from their homeland.

How many can Ireland handle, especially at a time when Ukrainian families are set to be displaced in even larger numbers as the attempted genocide goes on?

That is a serious question being posed, especially by non-Ukrainian refugees who see a different existence for them.

The negative reaction in Ireland of asylum seekers from other countries who have not been offered the fast pass to legal residence and work is understandable.

They receive no wave-through welcome that includes the right to work and the right to independence in making their own decisions for life.

Instead, they are confined in large holding centers, some for as long as three years, with no right to seek work. They are streamed into the system, known as direct provision, where basic needs are met though little else is provided.

Little wonder the UN’s International Organization for Migration has been very critical of Ireland’s method of dealing with the thousands of migrants who are not Ukrainian, accusing the Irish government of holding such people in a type of limbo, day after day, some for years.

Writing in The New Yorker in 2019 in an article titled “Ireland’s Strange Cruel Asylum System,” Masha Geeson stated, “Ireland grants people in need of international protection, shelter, food, and public assistance, as do many other countries, including Canada and a number of Western European states. But Ireland, in effect, does not allow them to live in the community. It has created a system that is perhaps unique in its daily cruelty, and that has sparked a vocal movement for its dismantlement.”

Now with the Ukrainian numbers in Ireland which are rising every day, the Irish government has no choice but to overhaul its much-criticized system.

The Ukrainians go to the head of the class, get their work permits, and are free to interact with Irish people. Other refugees are not.

The Irish government has two problems. They cannot indefinitely allow Ukrainian natives to pour into the country with no brake on the procedure whatsoever.

Equally, they have to give a large measure of freedom to those fleeing persecution from elsewhere.

As in the US, immigration and how it is handled is a major issue with no easy solutions. But Ireland above all needs to find a way to show compassion towards those fleeing but set a quota about how many can come.

It is an urgent matter that is not going away any time soon as the war in Ukraine continues.

*This editorial first appeared in the August 31 edition of the weekly Irish Voice newspaper, sister publication to IrishCentral.