Mary Lou McDonald, the President of Sinn Féin, claimed there s no comparison between IRA activities during The Troubles and current gangland crime. 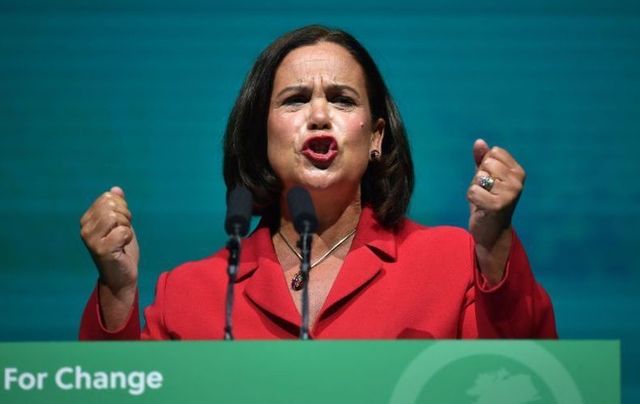 IRA victims and their families have launched a furious response to Sinn Féin leader Mary Lou McDonald’s claim that there is no comparison between IRA activities during The Troubles and current gangland crime.

She said she was “profoundly shocked” when she learned of the criminal activities of former Sinn Féin Dublin councilor Jonathan Dowdall who is a state witness in the trial of three men linked to a gangland killing in 2016.

Dowdall, serving four years for a lesser offense linked to the killing, agreed to give prosecution evidence after the state dropped a murder charge against him. He was also convicted for an earlier offense of threatening and water-boarding a victim in 2015.

McDonald, who told her interviewer she didn’t know of Dowdall’s gangland links before he joined Sinn Féin, said members of the Provisional IRA were not comparable with him.

She said, “The things that happened in the course of a very long political conflict – which, thank God, is now long over, we’ve had 25 years of peace – there is no comparison between that and the kind of challenge, and it is an ongoing challenge, to our society between this and the so-called gangland crime epidemic poses.”

Jerry McCabe was killed by the IRA in 1996 in Co Limerick during the attempted robbery of a post office van. His widow told BBC Northern Ireland, “There is no difference between the criminal and Sinn Féin/IRA who murdered my husband. My husband wasn’t part of The Troubles at all, he had nothing to do with them; he was escorting money as was his partner Ben O’Sullivan, who has sadly died since.

“Murder to me is going up to the car they were in, shooting indiscriminately into the car, they stopped and then they started again, just to be sure. My view will never change, murder is murder, and the IRA were up to their eyes in murder and carnage.”

She added that IRA members were not soldiers, but murderers who robbed the pensions of older people.

Cahill, 41, told the Irish Independent, “The IRA was worse both in its intensity and in its scale of harm caused to people than any gang in the modern western world.

“If she can’t see that, this country has a serious problem if they ever put her anywhere near the Taoiseach’s chair.”