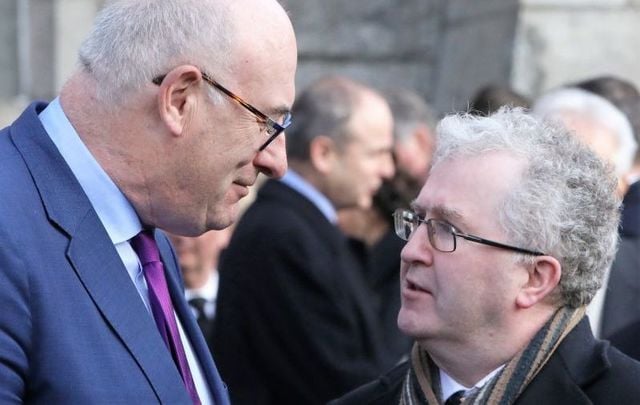 Ireland's "Golfgate" scandal proves "that we were not all in this together."

*Editor's Note: This column appeared in the August 26 edition of the Irish Voice newspaper, sister publication to IrishCentral.

Update: This column was written and published before Phil Hogan submitted his resignation as EU Commissioner of Trade. You can read more about that here.

The "Golfgate" controversy which has convulsed the country over the past week is deeply shocking for one simple reason. In the middle of the pandemic, while ordinary people here were restricting their lives to suppress the virus, a large group of politicians flouted the rules in the most flagrant fashion.

It seemed to be one law for them and another for everyone else -- and the country is seething with rage and contempt as a result.

The Oireachtas Golf Society's annual captain's dinner took place in a hotel in the west of Ireland on August 19, with over 80 guests. The attendance included present and former politicians from Fianna Fail and Fine Gael, a Supreme Court judge, Ireland's EU commissioner, and the best-known political journalist in the country, as well as lobbyists and other members of what passes for the elite here.

If anyone should have known that a gathering like this was not allowed, it was this group. Yet they went ahead because it suited them, and probably because they thought they were so far away from Dublin they would get away with it.

The impression given was that the restrictive rules that apply to everyone else in the battle against Covid are for the general population, the little people. Not for the political elite and the well-connected.

The national outrage this caused last week when news of the event leaked out was immense. People had missed funerals, canceled family celebrations, reduced weddings to a handful, and obeyed all kinds of restrictions that had effectively put their lives on hold in recent weeks and months. They acted responsibly to limit the spread of the virus.

The vast majority complied with government advice, difficult though it was. They followed the slogan "We're In This Together."

And now they discovered that we were not all in this together. Some of the same politicians who had been urging ordinary people to follow the rules had ignored the rules themselves to go to a golf hooley.

Apart from being outrageous behavior, this was severely damaging to the moral authority and credibility of the government. Why should people follow the rules if their political masters were ignoring them? At a time when national solidarity is essential to combat the virus, people were given the feeling that they were being taken for fools.

Following the partial easing of restrictions a few weeks ago, the government advice up to last week was that indoor gatherings had to be less than 50 people. Yet there were 81 guests at the golf dinner. The organizers of the event got around this by splitting the dining hall into two sections, with a dividing partition between the two.

But when the drink was flowing and the prize giving and speeches were underway, the partition was opened to some extent, defeating the purpose. The restroom facilities were shared by both groups, which also contravenes the advice from the health experts.  nd the event exceeded the time limit for indoor gatherings by a substantial margin.

All this was bad enough. But it was even more outrageous because the day before the dinner the government had tightened the rules again for indoor events in response to the recent spike in Covid cases here. At a Cabinet meeting on Tuesday, it had been decided that while the maximum for indoor gatherings would remain at 50, restrictions on cafes, restaurants, and hotels would be tightened.

The new guidelines said that there should be a maximum of six people from no more than three households allowed at a table. This was a clear reference to what was permissible for families and friends.

The guidelines, available on the government website, also said that "no formal or informal events or parties should be organized in these premises," a clear reference to larger gatherings, social groups, clubs, etc., and one that certainly applied to golf societies and golf dinners.

In effect, it meant that although up to 50 people could be in a hotel or restaurant at the same time, groups had to be limited to six people and these groups could not be part of a larger organized event.

The change announced on Tuesday affected people all over the country, with all kinds of upcoming events being canceled. Yet the golf dinner went ahead the next day. The attendance included the Minister for Agriculture Dara Calleary who had been part of the cabinet decision the day before to restrict indoor gatherings and had been on the media that evening to publicize the change. 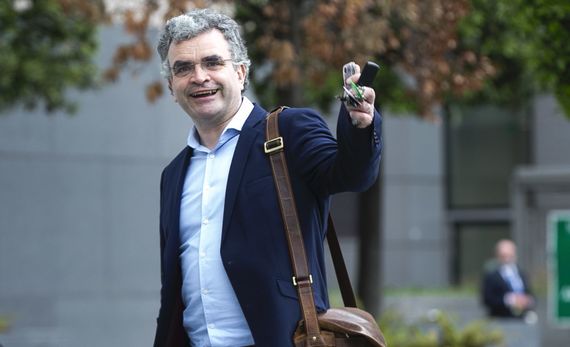 The attendance at the dinner also included Supreme Court Judge Seamus Woulfe, who until recently was attorney general and in that position oversaw the introduction of most of the new rules and regulations to tackle the virus. The suggestion that either the minister or the judge did not understand or was unaware of the new restriction on indoor gatherings beggars belief. 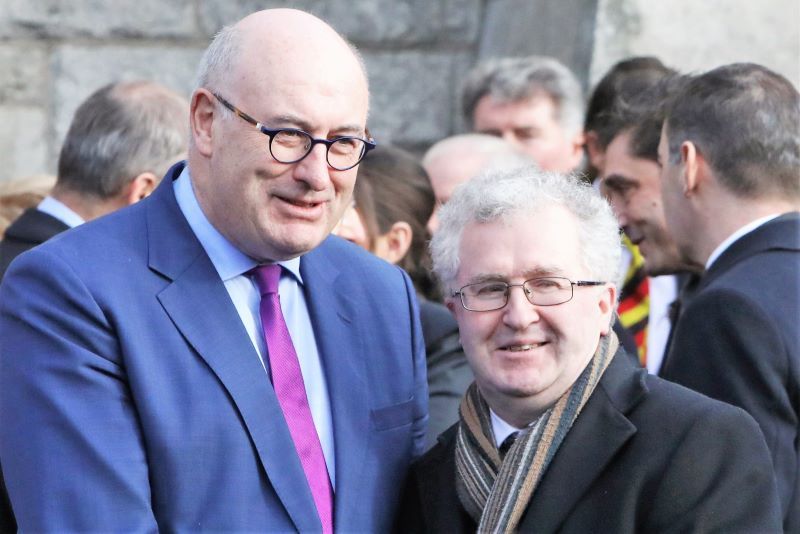 The venue involved the Station House Hotel in Clifden, Co Galway, and the two politicians who were the main organizers of the event have attempted to shift the blame. They say they checked with the Irish Hotels Federation (IHF) that the arrangements (including the partition dividing the dining hall) were in compliance with government guidelines. The IHF says it checked with the Department of Tourism but failed to get an answer.

That is just waffle, an attempt to muddy the water. The new restriction on indoor gatherings had been widely publicized on Tuesday. It was on all the TV news programs that evening.

Even ordinary people were aware of it, never mind politicians. And the golf dinner had broken the new rules.

The use of a partition, effective or not, did not make the event permissible. The government "advice" in the Covid battle can only work if everyone buys into the spirit of the rules and regulations rather than looking for loopholes or contradictions.

Calleary has resigned, the second minister for agriculture to be lost by the government in a month (after the firing of Barry Cowen). Woulfe and the EU Commissioner Phil Hogan are both clinging on at the time of writing, although their positions are doubtful.

The judge can cling on because the separation of powers means the government cannot fire him. The commissioner, although Irish, can only be fired by the head of the EU Commission.

Don't be surprised if both are gone by the time you read this. The general view is that if either of them had integrity they would have resigned already without waiting to be dismissed.

The annual Oireachtas Golf Society dinner followed two days of their golf tournament on Tuesday and Wednesday, although not all those who took part were at the dinner, examples being former Taoiseach Enda Kenny and former Labour leader Dick Spring. Several others also had doubts and left immediately after the golf had finished.

Nor was there anything wrong in playing in the golf tournament (the 50th anniversary of the founding of the Oireachtas Golf Society) at the nearby Connemara Golf Club at Ballyconneely in Co. Galway. Social distancing was not a problem in the open spaces of Connemara. But going to the dinner afterward clearly was a problem, and those who did so should have known that.

The whole episode was so outrageous it strained credibility. People here shook their heads in disbelief. The most common reaction was anger and derision.

The already low standing of the Irish political class has now hit rock bottom. People have lost faith not only in our politicians but also in the whole political system, a dangerous development in any democracy.

Restoring that faith is now the most urgent challenge facing this disaster-prone government. Without it, we can't fight the virus or do anything else.