Brexit shows no sign of going away as votes are taken and retaken, and deadlines are set and created while both sides lack all conviction. 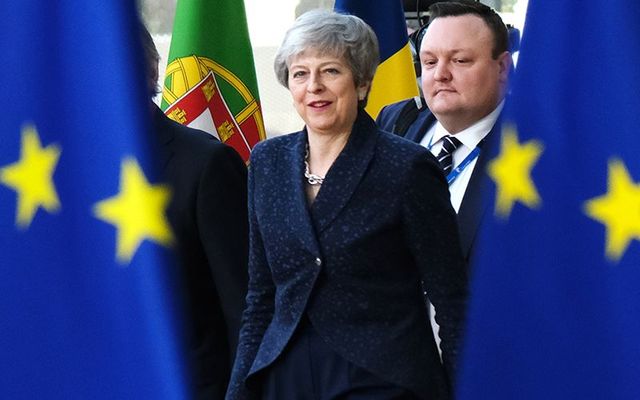 This Groundhog Day called Brexit shows no sign of going away as votes are taken and retaken, and deadlines are set and created while both sides lack all conviction and leadership is Britain is at its worst

Despite losing their empire, the British had pretty much held on to their dignity and place in the world as one of the most important nations. A powerful part of that was their belief in looking outward and seeing the U.K. as part of a new Europe, a common identity forged from the ashes of World War II as Europe lay in ruins.

The European Union has kept the continent free of conflict since the Treaty of Rome in 1957.  Considering the scale of the ancient enmities and the causes of the two world wars, that was no mean feat.

Read more: Theresa May confirms she will quit if Brexit deal is passed

Economic integration also formed bonds and partnerships that probably worked too well for their own good given that people hardly gave the coming together of Europe a second thought.  The EU was and truly is a miraculous institution.

All that ended with Brexit. The xenophobia, the original referendum concession by then-British Prime Minister David Cameron when none was needed, the ludicrous promises of the Brexit battalions, the repeated votes that failed in Parliament to ascertain what kind of Brexit if any, the sight of a prime minister demonstrably not up to the job, has done permanent damage to Brand Britain.

Under former British Prime Minister Tony Blair the catchphrase was Cool Britannia. Nowadays it could be Fool Britannia.

How the Mother of Parliaments quite got to this impasse will be fodder for historians for centuries to come. It was more Benny Hill than Churchill, a series of blunders and madcap mistakes that has severely damaged the country’s reputation.

Actually, within the EU, Britain never had it so good. They had no empire left but remained a leading player in one of the great power blocks in the world with an internationalist outlook and great ethnic diversity. Not a bad trade-off for a dying empire where the sun once never set.

But there remained a cadre of English nationalists who deeply resented the new British position of equality with other nations. After all, By Jingo, had they not stopped the Nazi threat in 1945, had they not rescued the hapless French whose army collapsed when the Germans came crashing through the Ardennes.

The conviction on the right was that the twilight of the empire was created by the European antics rather than British sticking it out alone and losing their influence as a result.

Mixed in was a hatred of foreigners, though in Britain’s case it was a lot more complicated by the fact that many immigrants came from countries such as India and Pakistan where the British had looted, partitioned and almost destroyed those nations.

It is Groundhog Day in Skunk Month. The current British Prime Minister Theresa May, at a time of great crisis, resembles Churchill only in the fact that they share the same title.

Meanwhile, the contenders for her job on both sides of the aisle lack all conviction or a mere drop of Churchillian resolve.

Another fine mess as Laurel remarked to Hardy.  Even those two would have done better than what is passing for leadership in Britain today.