Brexit hasn’t gone away, you know

What happens then will be interesting or Ireland's nightmare... If Brexit goes badly, that will all come to a shuddering halt 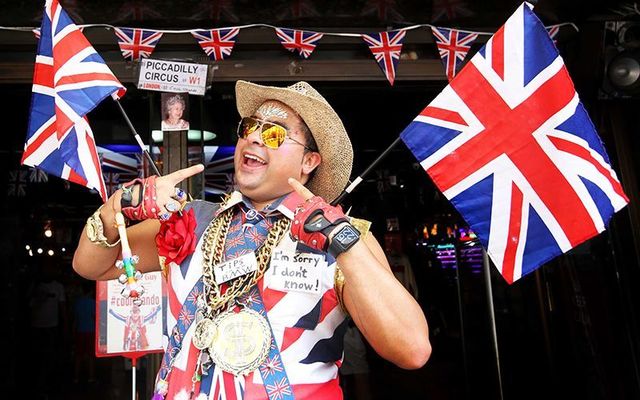 EU extended the Brexit departure date for the U.K. to the end of October. RollingNews

What happens then will be interesting or Ireland's nightmare... If Brexit goes badly, that will all come to a shuddering halt

A few weeks ago the EU extended the Brexit departure date for the U.K. to the end of October, and with that, the problem slipped down the media and political agenda in Ireland.

With the summer coming and everybody completely fed up with Brexit, that is not surprising.  Domestic issues like the housing crisis, the national broadband plan, beef farmers in trouble and the campaign for this week's European and local elections took over the headlines again.

We seemed to be back to business as usual.  The immediate crisis was over.

The U.K. crashing out with no deal had been avoided, and there was the whole summer to find a solution to the gridlock in Westminster.  The nightmare that a hard Brexit would create for Ireland had been avoided and we could forget about it until the autumn.

The city of Westminster from the sky, in London.

Or so we thought.  That temporary reprieve came to an abrupt halt last week when the talks between the Conservatives and Labour in the U.K. collapsed -- the talks that were supposed to produce a consensus to make a sensible Brexit deal possible.

"I am not going to sugarcoat this," the Irish Foreign Minister Simon Coveney said.  "This is a very negative development for Ireland."

Adding to the gloom here were other developments last week indicating that the U.K. could once again be heading for a crash out, the No Deal Brexit that would be disastrous for Ireland.  Theresa May's party forced her to accept that she has only weeks left as prime minister.

The hardline Brexiteer Boris Johnson emerged as the clear favorite to succeed her.  And Nigel Farage's new Brexit Party soared in the polls with the single policy of taking the U.K. out whether there is a deal or not. 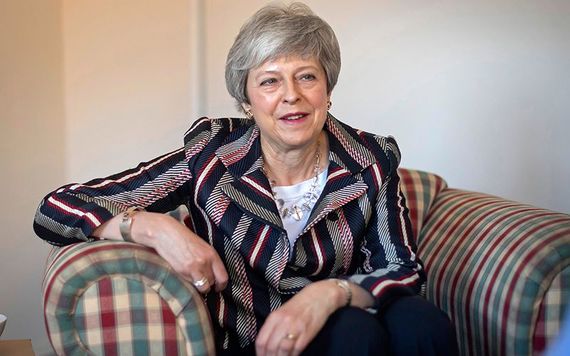 The state of play now is that May says she will bring her withdrawal agreement back to the House of Commons in the first week of June for one final vote with what she claims will be significant changes.  In the meantime, there will be more indicative votes in Westminster to see if Members of Parliament can work through the options to find a kind of Brexit that can get majority support.

No one is expecting May to get her deal through Parliament despite the last minute tweaks.  She's already tried it three times and failed.  And leaks last weekend suggest that what she called her "bold Brexit offer" will not include any significant changes on the Irish border backstop or the customs arrangement, the two sticking points that have caused gridlock in Westminster.

Whatever happens, she will be gone in a few weeks.  The likelihood is that Johnson will win the battle to succeed her and he could well rip up any compromise she comes up with anyway, which was one reason Labour pulled the plug on the talks last week.

The incredible rise of the Brexit Party and the collapse in support for both Conservatives and Labour is a reflection of the fury among leave voters in the U.K. at the mess made of Brexit by the two main parties, both of which are as split on the issue as the country.  The Conservatives will be wiped out by the Brexit Party in this week's Euro elections in the U.K., and it is the fear that this might be replicated in a general election that has the party membership baying for Johnson.

It's not certain that he will prevail.  The Conservative system for leadership elections is that their MPs hold a series of votes on the candidates until they are whittled down to two and the party members then vote on these to pick the winner.   Many Conservative MPs can't stand the blonde bombshell and will gang together in the early voting to try to stop him.

But the betting is Johnson will triumph and be the next prime minister.  His Trump-like popularity and his profile as a strong Brexiteer mean that he is now seen by many Conservative MPs as the only one who can stop the stampede to the Brexit Party and save both their seats and the Tory Party.

What happens then could be the start of Ireland's worst nightmare.  Johnson has made it abundantly clear that he sees the Irish border problem as an inflated issue which undermined the Brexit negotiations.

He believes the backstop undertaking in the withdrawal agreement could trap the U.K. in the Customs Union for many years, possibly permanently.  This would mean the U.K. would not be leaving the EU in a clean Brexit, free to trade with the rest of the world which, he says, would be a betrayal of the referendum result.

As the new prime minister, Johnson would tell the EU leaders that the withdrawal agreement they signed with May is no longer acceptable and would never get through Parliament anyway.  He will look for major changes, especially in relation to the backstop.

What happens then will be interesting.  Will the EU bend, in spite of all they have been saying about having Ireland's back and about the withdrawal agreement being the only deal on offer?   With all that is at stake for the big economies of Europe, their resolve may not be as steadfast as we like to think.

If the EU does hold firm and sends Johnson back to Westminster with his tail between his legs, the pressure in the U.K. for a No Deal Brexit will be enormous.  Even though there was a majority in Parliament against No Deal when a vote was taken a few weeks ago, that could change.

MPs will be furious with the EU and desperate to position themselves for the next Westminster election.  A U.K. crash out with No Deal, either by accident or design, will be a real possibility.

If it happens, the backstop that is supposed to keep the Irish border open will be irrelevant, despite the commitments made by May.  And it won't be the U.K.'s doing.

As we have pointed out repeatedly in this column, it will be the EU which will insist on some kind of hard border in Ireland to protect its customs union and single market once the U.K. starts free trading with the rest of the world where very different tariffs, rules, and standards apply.   The risk of leakage across an open Irish border into the EU would make that a necessity.

There is no light at the end of this very dark tunnel.  Taoiseach Leo Varadkar, out campaigning here last weekend for the Euro election, made some feeble references to preparing for all possibilities.

In fairness to him, there is not much we can do.  He is due to meet U.K. Labour leader Jeremy Corbyn for talks, but it's hard to see that producing an answer. 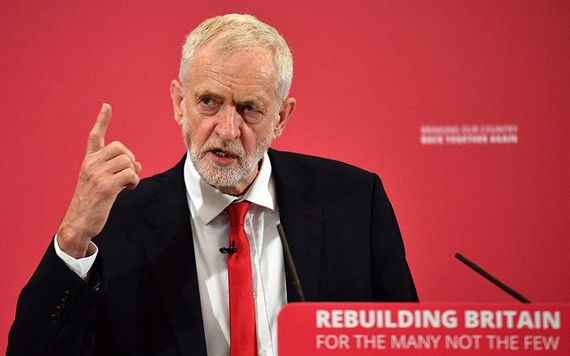 The best we can hope for is that Corbyn's belated offer to support a confirmatory vote (a second referendum) on any deal that may emerge could yet see the U.K. reversing its decision to leave the EU.  A significant section of the Labour Party is in favor of this so-called People's Vote, and more people in the U.K. now think Brexit is a complete mess and want to stay in the EU.  But the endless Brexit delay has angered all the leave voters so much they are more determined than ever to get out.

Where it will all end up is anyone's guess.   A No Deal Brexit is now not only possible but likely, many political commentators in the U.K. are saying.

That is a frightening situation for Ireland because if it happens the effect on the Irish economy will be catastrophic.  It will stop our growth, cost thousands of jobs, wipe out many small businesses and devastate our agri-food sector.

No one here is panicking just yet.  There are even hopes that if the U.K. cannot resolve its gridlock by the end of October the EU could extend the Brexit date by another six months.

But French President Emmanuel Macron was against the present extension because he believed the British would just waste the time.  He gave in then but he has been proved right and can now say I told you so to the other leaders who next time may agree with him.

What is clear is that we are now at the start of the Brexit endgame and simply hoping for the best is a poor policy, even if it is all we can do.  Our young and inexperienced taoiseach seems out of his depth.   At a time like this we could do with a leader with the street smarts and ruthlessness of, dare we say it, a Charlie Haughey.

In the meantime, this week's election here for local councils and our seats in the European Parliament will be a telling check on Varadkar’s popularity and on support for his minority government.  The housing crisis has eaten into the government's credibility, and there are worrying signs that state spending is out of control even though Fine Gael is supposed to be the party of financial responsibility.

Despite the Brexit threat, the government is still spending like there's no tomorrow.   If Brexit goes badly, that will all come to a shuddering halt.

Nightmare on Elm Street was scary.  But for us a No Deal Brexit will be far worse -- Nightmare on O'Connell Street!