This Brexit deal on Northern Ireland might not hold

Brexit deal is like a Christmas recipe made to please everyone, despite the fact that the ingredients in the recipe don't actually work together. 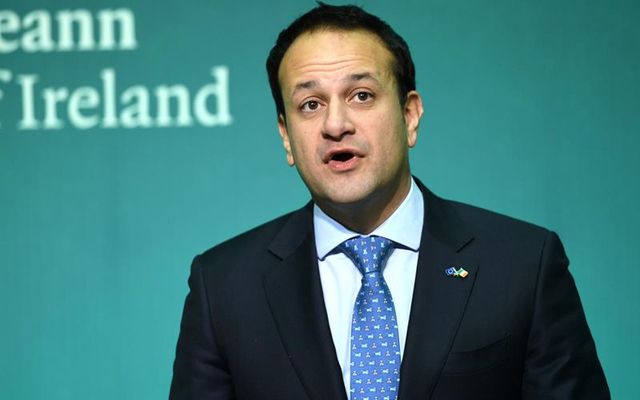 Brexit deal was a Christmas present of fudge made to a recipe to please everyone, despite the fact that the ingredients in the recipe don't actually work

Ho, ho, ho, as Santa would say.  The Brexit deal reached last Friday was a Christmas present of fudge made to a recipe designed to please everyone. The fact that the ingredients in the recipe don't actually work together should have been obvious, but somehow this got lost in all the jubilation.  After the collapse in the talks earlier last week, everyone was desperate to come up with a solution.  The answer was yet more fudging.We should have seen it coming.  An inedible fudge was always going to be necessary to get a deal over the line so that the Brexit talks could move on to the next phase.

The problem is that, unlike other Christmas presents that don't work, this one is non-returnable.  And the one who could be left holding the parcel is Ireland.  Ho, ho, ho, indeed. The fudge last Friday was pretty bare-faced, promising completely contradictory things to the various players involved.  From our point of view, what appeared to be an absolute commitment in the agreement that there would be no hard border in Ireland whatever happened was a significant win. The fundamental difficulty, however, is that you can't have no border in Ireland and at the same time have Britain (including Northern Ireland) outside the EU Single Market and the Customs Union making its own trade deals with the rest of the world.  It's a circle that cannot be squared no matter what kind of convoluted language you put in an agreement. You don't have to be an economist to understand why.

It's not just about the economic impact and the chaos in trade such a situation would cause in Ireland, north and south, serious though that would be.  It's also about the danger of a borderless Ireland being used as a backdoor for cheap global products into the rest of the EU, as we outlined here last week. Nor is it just about the difference in prices; just as important would be the difference in standards and regulations.

Think hormone-raised beef and chlorine-washed chicken, for a start.  And that really would only be the start because we're talking about a vast number of products here. The biggest part of the fudge is the idea that it is possible to get around this huge problem through regulatory alignment.  In the original version of the deal this was supposed to apply just to Northern Ireland, but the Democratic Unionist Party (DUP) said no early last week because that would have opened a significant divide between the North and the rest of the U.K. So after the talks collapsed at the beginning of last week the British then said that regulatory alignment would apply to all of the U.K.  On that basis an agreement was reached last Friday and is likely to be rubber-stamped at the summit in Brussels this week.

Theresa May and Arlene Foster outside 10 Downing Street.

The trouble with this is that it's just not believable.  Full regulatory alignment between the U.K. and the EU would mean the same standards and rules would apply to all products and services traded between the two. This would severely limit the kind of trade deals the U.K. could do with the rest of the world, which would be unacceptable to the hardline Brexiteers in the divided British Cabinet.

Given the complexities involved, it would also be virtually impossible to achieve, particularly in a limited time frame.  And it would be tantamount to Britain staying in the Single Market but having no say in the standards and rules in that market in the future.  All of which makes the idea of regulatory alignment as an easy solution to this problem little more than wishful thinking. Almost immediately after the agreement was reached, senior British government figures began making contradictory explanatory statements, mainly designed to reassure the hardline Brexiteers that the U.K. was still heading for a hard Brexit, leaving both the Single Market and the Customs Union.

The message was floated out that regulatory alignment would simply involve both sides recognizing each other's standards, rather than agreeing on detailed common rules.  Which sounds okay on a superficial level, except that even minor divergences could have major implications for businesses and trade.  Think food, pharmaceuticals and many other sensitive areas, where minor regulatory differences could have major cost consequences. The whole basis of the Single Market is that the same rules and regulations apply across Europe to give everyone an equal chance to compete, whether your business is in Budapest, Berlin or Birmingham.  Any divergence from this would be damaging for everyone.  Having some kind of easy-going, partial alignment between Britain and Europe simply would not work.

Both Britain and the EU want to reach a comprehensive trade deal which will operate between them after Brexit.  That makes sense since the two markets are hugely important to each other.

The Northern Ireland border as is... invisible.

In fact the British have said they would like their trade with the EU to continue much as it does at present.  But the reality is that they cannot do trade deals with the rest of the world, escape from EU standards and regulations and also have a trade deal with the EU which matches what they have now.  At some point that reality will emerge and Ireland could be collateral damage in the war that will ensue. Another message that was floated by British sources in recent days indicated that the commitment on the Irish border might not be quite as absolute as it appeared. They said they have no desire for a hard border.

Their intention is to maintain the present invisible, soft border, but the complex details of how this would operate remain to be worked out in phase two of the talks between the EU and the U.K. which will start after Christmas and will deal with trade. When the Irish side expressed alarm at this over the weekend, the British reaffirmed their commitment to not introducing a hard border.  Prime Minister Theresa May, however, was still pointing out this week that in the Brexit talks nothing is agreed until everything is agreed.

Read more: British contempt for Ireland shows over Brexit, but Varadkar has his finest hour

The implication is that if the talks fail and Britain leaves the EU without any deal, then last week's agreement on the Irish border would not have any legal standing.

The intention genuinely might be not to have a hard border in the future, but circumstances could change that. Another factor in all this is that if Britain crashes out of the EU without a trade deal between the two sides, it is more likely to be the EU which will want a hard border in Ireland to protect itself.  The British, who will be focused on developing their global trade, will not care very much one way or the other.  From our point of view, working something out with the U.K. in that context would not be easy since our EU membership would preclude us from doing an individual trade deal. A final point to bear in mind is that the DUP influence in this border conundrum has been greatly over-played since last week.

Of course the DUP are propping up May's government and that gives them leverage.  But the long-term issues involved here are much bigger and wider than the DUP sphere of influence. The demonization of the DUP that has gone on in some quarters since they collapsed the first version of the agreement last week is not helping the situation and certainly will not encourage the restoration of the administration in the North. Like them or loathe them, the DUP are doing no more than protecting the interests of unionists as they see it.  First and foremost that means protecting the union. And anyone on the Irish American side who thinks they have no right to do so should remember that they began to arrive in the north of Ireland before the Pilgrims arrived in America. The overall situation is that we are just at the beginning of the real Brexit talks, when the future trade relationship between the EU and the U.K., if any, will be worked out.  Everything up to now has been preliminary.

The no-hard-border agreement reached last week might have seemed like an early Christmas present for us.  How long it will last into the New Year remains to be seen.