British contempt for Ireland shows over Brexit, but Varadkar has his finest hour

Taoiseach Leo Varadkar came through his Brexit baptism of fire with his reputation greatly enhanced. 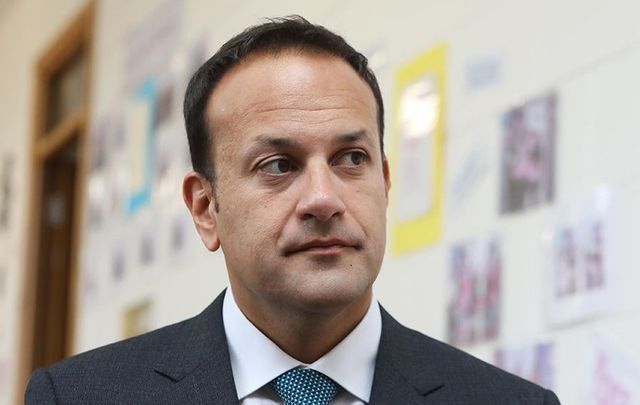 Ireland’s young leader Leo Varadkar, only six months in the job, came through his Brexit baptism of fire with his reputation greatly enhanced this week.

The Taoiseach safeguarded a 'soft' Brexit option, which is seen as vital to the welfare of border communities, and ensured that there would never be a hard border between the North and South of Ireland again.

After a week of tension and bluster, he outmaneuvered the British Government and their allies in Northern Ireland's Democratic Unionist Party (DUP), who found themselves with nowhere to go on plans for a 'hard' Brexit - a physical border between the North and the Republic, which thankfully disappeared following the Good Friday Agreement in 1998.

If a hard Brexit had been imposed, with the return of hated border posts and military checkpoints, the chances of a resumption of The Troubles would have loomed large. Dissident groups, now almost totally sidelined, would have been emboldened if British Army soldiers returned to permanent checkpoints which were such eyesores in the 1970s and 1980s.

Thankfully, the dispute over the border has been resolved, and Irish people are delighted they will not see a return to British Army checkpoints when traveling from Letterkenny to Derry or Dundalk to Newry.

"We want to build bridges, not borders" - Irish PM Leo Varadkar says the deal has "achieved all we set out to achieve" #Brexit https://t.co/wM8pQqm8iB pic.twitter.com/FcLftPpdgY

It has been a remarkable week for Varadkar. The situation looked grim on Monday when the DUP, whose ten MPs hold the balance of power at Westminister, pulled the plug on negotiations between the British Government and the European Union.

In standing up to the saber-rattling Unionists this week, and achieving a deal which will not plunge border communities into disarray, An Taoiseach Leo Varadkar has done Ireland proud.

But, if nothing else, the tempestuous ‘hard’ Brexit negotiations managed to remind Irish people that there are still some appalling attitudes to Ireland and the Irish among some politicians and commentators on the other side of the Irish Sea.

The Sun newspaper in 2017 is the modern equivalent of the 18th and 19th century British publications which referred to Irish people as less than human, even as a million of them starved under the British Empire and poverty drove a further two million to emigrate to North America. 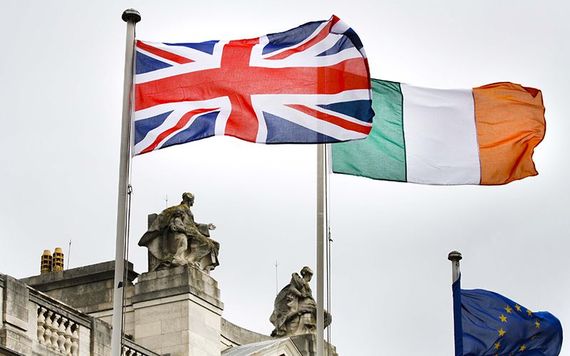 The Union Jack, the Irish tricolor and the EU flag flying above Stromont, in Northern Ireland. Credit: RollingNews.ie

Irony and respect for the neighbors is pretty much lost on The Sun, who advised the Irish Taoiseach to “shut your gob and grow up” when he expressed concerns over the impact a ‘hard’ Brexit would have on communities either side of the Irish border.

The Sun let An Taoiseach know, in no uncertain terms, that 17.4 million people voted for Britain to leave the European Union and reminded him that British billions “stopped Ireland going bust” as recently as seven years ago.

The newspaper, owned by Rupert Murdoch of Fox News fame, has longed for the day when “floods” of immigrants would no longer be able to access Great Britain via the port of Dover. The irony is lost on Murdoch, an Australian, that he is an immigrant to the UK himself.

Read More: POLL: 58% of Northern Irish people do not want a "hard border"

The tabloid campaigned vigorously for Britain to leave the European Union and how darn annoying it was in recent weeks to see a former colony like Ireland delay the Brexit negotiations because of an inconvenient land border.

Newspapers such as The Sun and The Daily Mail were gung-ho in their calls for a Brexit vote last year, and one of the London tabloid’s columnists, Katie Hopkins, compared migrants to cockroaches at the height of the debate.

It's pretty hard to have a rational debate with someone who compares human beings fleeing wars to cockroaches.

“Rescue boats? I’d use gunships to stop migrants,” was the headline on one of Katie’s pieces, before she referred to migrants who try to board trucks heading to Britain as “a plague of feral humans” in The Sun.

In Ireland, people were shocked to read such ignorance about their country among letter writers to British newspapers.

Maybe Irene from Manchester, England, was reading The Sun or The Daily Mail this week, because she was very upset with the Paddies.

She thought it was terrible that a small little island has been holding up those important Brexit negotiations.

She wrote to a newspaper to say that the island next door to Britain was “too small to have a border” and “causes everybody a headache.”

In her opinion, Ireland “should never have been split” and should have stayed in the UK.

She said it was about time the Irish made up their minds, to decide whether they were “in or out” of the wonderful United Kingdom.

It seemed to have escaped her attention that the Irish pretty much made their minds up about the British Empire a long time ago.

They spent hundreds of years trying to break free; issues such as the Plantation of Ulster, the Great Famine, the Penal Laws, and the attempted destruction of their native language might just have helped the pesky peasants to “make up their minds.”

Irene was quite shocked to discover that this little island to the west had a border, the only land frontier between the departing Great Britain and its former partners in the European Union – apart from that wonderful piece of Britain down on the Rock of Gibraltar, in the south of Spain.

Presumably, when she voted for Brexit last year, Irene did not think too much about the niceties or the consequences for the farmers or commuters dotted along the border in Tyrone, Fermanagh, or South Armagh.

She wasn't alone. How many times did the 300 border crossings feature in the Brexit debate in Britain last year? Hardly ever!

It might have been news to Irene that few of the Irish were too happy about the border when it was invented back in 1922 and it was despised during the 30 years of ‘The Troubles.’

She had probably never heard of Michael Collins, sent to London to negotiate a peace deal for the Irish ‘terrorists’ at the cost of a border, a terrible civil war, and the loss of his own life.

On Monday, she put a spanner in the works of the Brexit negotiations.

Arlene is more British than Irish and her beloved DUP has the balance of power at Westminster.

She found a deal which made a distinction between Northern Ireland and the rest of the United Kingdom, to prevent a hard border, unacceptable.

Until she was told to toe the line by the British and risk an election where the Labor leader Jeremy Corbyn, a one-time IRA fan could come into power.

She would have preferred massive inconvenience for people in her region who regularly cross the border than any “divergence” which might separate Fermanagh from London or Liverpool.

Many people in Ireland find it ironic that the DUP see themselves as more British than Irish, yet do not want to bring in the kind of legislation which would bring the province’s abortion or marriage equality legislation in line with the rest of the United Kingdom.

When it comes to the relationships between the two islands, perhaps Irene is right after all and the smaller island really does “cause everybody a headache.”

Looking back now, the Irish border and the implications for people living and working in border counties barely featured in the debates across England on Brexit.

If Ireland isn’t “causing everybody a headache”, it’s pretty much an afterthought for voters throughout Britain – much as it has always been throughout centuries of animosity, misunderstanding, occupation, and suspicion.

But this time Paddy, in the form of a new leader just six months into the job, put one over the old colonial power.

Ciaran Tierney is a journalist, blogger, and digital storyteller, based in Galway. Ireland. Find him on Facebook at http://facebook.com/ciarantierneymedia