Northern Ireland still without government in Stormont as Brexit dominates

There is still no sign of talks starting again between Sinn Féin and the DUP with the aim of forming a government in Northern Ireland. 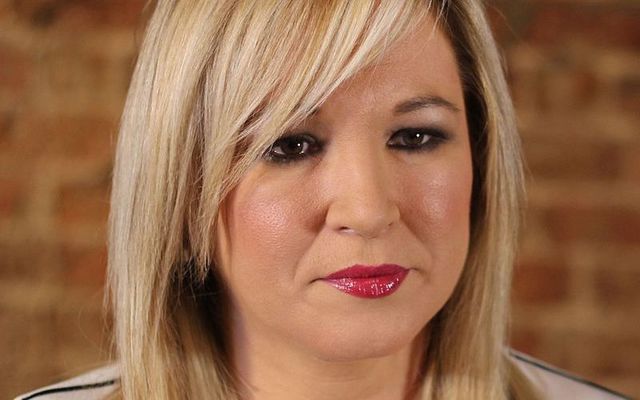 As the fallout from Brexit continues to dominate Irish politics on both sides of the border, the prospect of reinstating the power-sharing executive at Stormont looks as far off as ever.

Last week, as parties gathered in Stormont, Sinn Féin’s leader in the North, Michelle O’Neill, dampened any prospects of successful talks in the foreseeable future.

And the party’s national chairperson, Declan Kearney, has reiterated that respect for people’s rights must be one of the cornerstones for any new Stormont.

“The British government and DUP alliance is based upon a unionist agenda defined in terms of support for Brexit, austerity, and opposition to a rights-based framework for government,” Kearney said.

Read more: What next for Brexit and Ireland’s border?

Northern Ireland government in Stormont has still not been formed. Image: RollingNews.ie.

“They have created the current crisis and, as a result, the entire basis of the Good Friday Agreement is now faced with its most serious threat in the history of the peace process.

“A successful resolution hinges on whether political unionism can accept, and co-exist in partnership, with the Irish cultural tradition, and Irish nationalist and republican identity,” he said.

Simon Hamilton, the former DUP Minister for the Economy at Stormont, said that after bringing Stormont down a year ago, Sinn Féin was now refusing to re-enter talks to re-establish the executive.

“Sinn Féin voters, as much as voters for any party, need a government up and running again to deal with issues in health, in housing, in education and in the economy,” Hamilton said.

Read more: POLL: 58% of Northern Irish people do not want a "hard border"

No talks are under way between DUP Arlene Foster (pictured) and Sinn Féin. Image: RollingNews.ie

“One would be forgiven for coming to the conclusion that Sinn Féin have checked out of politics in Northern Ireland, and are now only interested in the politics of the Irish Republic.”

He added: “We remain ready to re-engage in talks but Northern Ireland cannot go on indefinitely without ministers to take important decisions.

“If Sinn Féin are now opting out entirely, then we need to move fast to other options that allow the people of Northern Ireland to have the government they need.”