Boris is busted - UK Prime Minister on the verge of defeat

This week's Irish Voice Editorial: "Boris Johnson simply lacks the intellect and bearing that is essential to be a good prime minister." 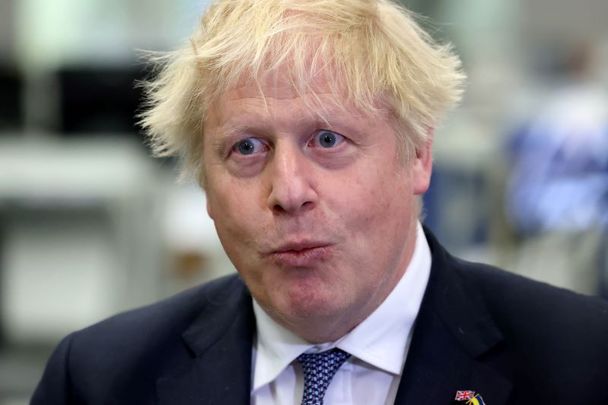 The fact that 41 percent of his own party consider him unworthy of leadership is an extraordinarily high number, much higher than was predicted before the vote.

It is not hard to see why. Johnson has become a severe liability for Tories.

The investigation of his behavior at the height of the pandemic revealed a man who strongly believed Covid restrictions were for the little people, not the high and mighty.

The Gray report into his behavior found that no fewer than 15 events were held in Downing Street during the course of the pandemic when the rest of Britain was on lockdown.

These were utterly frivolous occasions, including a party for Johnson’s birthday, one for a crossword puzzle competition, and a BYOB function that Johnson tried to pass off as a working session.

The hypocrisy of Johnson expecting every other British citizen, other than himself and his cohorts, to play by the rules was finally too much for even some of his most ardent supporters.

His efforts to justify Partygate were ridiculous in the extreme and came down to a sense of absurdity that, in his own view, he could actually get away with flouting the laws.

Now he sounds wounded and on the verge of defeat. The last two Tory votes of confidence were won by Theresa May and Margaret Thatcher, both of whom were eventually forced to resign as prime minister in short order, even though both, like Johnson, had been narrowly victorious.

The Tory Party are a ruthless lot, well known for their image of the “men in grey suits” who visit a sitting prime minister or party leader to tell the person that the game is up. No doubt those same suits are being dry cleaned and getting ready to call on Johnson after Monday’s disastrous vote.

Johnson simply lacks the intellect and bearing that is essential to be a good prime minister. He has acted like an overgrown schoolboy, lurching from crisis to crisis. Sensational allegations against him and his wife Carrie have also been leaked on a regular basis.

It is a dangerous moment for Ireland, with The Daily Telegraph noting on Tuesday that among Johnson’s first priorities is to scrap the Northern Ireland Brexit Protocol and to move unilaterally on the issue. This, the paper reported, would take a major problem off the table that has bedeviled Johnson for the last year.

Such a move would be very dangerous, however, and the European Union will hardly acquiesce in a scheme that overrules an internationally approved agreement. The EU will fight Johnson every step of the way.

The relationship between the British and Irish governments has never been lower, at least since the Thatcher era. Johnson has also shown disdain for the Scottish nationalist position, and how the majority of Northern Ireland voted for Brexit.

He is that Little Englander who believes that British power stops at the Scottish border and that he is responsible only for the well-being of the English people.

Johnson has played his hand very badly, and pundits believe he will hardly last the year as Tory Party leader. His biggest plus may well be that there is no obvious candidate to replace him. But Johnson’s polling numbers show that only 33 percent of UK citizens would vote for him in the morning.

That is simply not enough support or backing for him to carry through a legislative agenda. The expectation here is that Johnson will be gone by the end of 2022, and that an almighty civil war will break out within the Tory Party. An uncertain future looms over the Good Friday Agreement as a result.

Johnson has no one to blame but himself. He entered power with a huge majority and frittered it away. His legacy will be one of lies and half drank bottles of wine from his Friday night pandemic soirees.

*This editorial first appeared in the June 8 edition of the weekly Irish Voice newspaper, sister publication to IrishCentral.