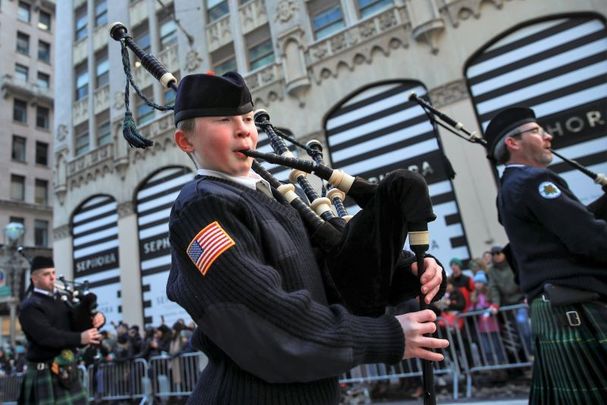 Should NYC schools get an Irish Heritage holiday? The Ancient Order of Hibernians (AOH) is calling for the change after Columbus Day has been renamed as Italian Heritage Day/Indigenous People’s Day for New York City schools.

In a tweet on May 4, New York City Schools Chancellor Meisha Porter confirmed that the second Monday in October will no longer be Columbus Day for NYC schools and will instead be Italian Heritage Day/Indigenous People’s Day.

Last year, discussions began about renaming Columbus Day on the @NYCschools calendar to better reflect and honor more than just one person. It's now Italian Heritage/Indigenous People's Day, honoring the contributions of Italian-Americans as well as our indigenous communities.

Danielle Filson, the spokesperson for the NYC Department of Education (DOE), said in a statement: “Italian Heritage Day/Indigenous People’s Day will celebrate the contributions and legacies of Italian Americans and recognize that Native people are the first inhabitants of the land that became our country.

"By including these holidays on our calendar we are honoring the past, present, and future contributions of Indigenous communities and Italian Americans.”

New York State Governor Andrew Cuomo, also of Italian heritage, however, did not agree with the change. He separately said: "You can have an indigenous people's day without intruding on Columbus Day. And that is the spirit of New York. Columbus Day is a day where we celebrate the Italian-American contribution to this state.

“And by the way, it's not either, or. We're not drawing lines and dividing. We're trying to do the opposite. We're the collective. We celebrate all." 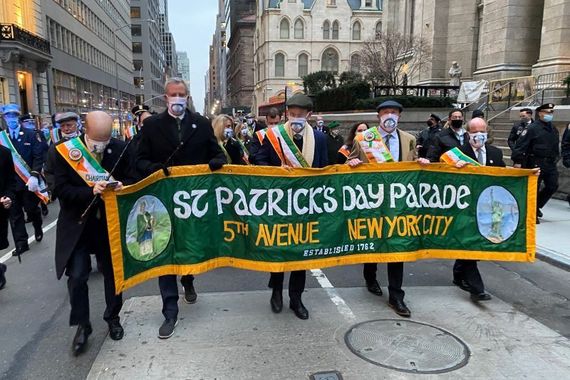 In response to the change, the Ancient Order of Hibernians (AOH), the largest and oldest Irish American organization in the US, responded with a simple question - what about the Irish?

The letter issued by the AOH and signed by the organization's National Irish American Heritage Month Chair Neil F. Cosgrove on May 5 reads:

We write to you Chancellor Porter in response to the recent decision by the NYC DOE to celebrate the tremendous contributions that Italian and Native Americans have made to New York City and the nation with the creation of ‘Italian Heritage/Indigenous People’s Day.’

As people proud of our own Irish heritage, we commend the DOE honoring the heritages of these fellow New Yorkers, not only by this holiday but in the recognition of Lunar New Year, Juneteenth, and others.

At the same time, we have to ask why there is no equal recognition by the DOE of Irish Heritage?

Generations of Irish American men and women have built New York City, literally and figuratively. They have left their mark in every field of endeavor, from NY’s ‘Fighting 69th,’ whose service traces back to the Civil War Irish Brigade, to crusading reporter and reformer Nellie Bly.

Irish American New Yorkers have particularly distinguished themselves in teaching, educating generations of New Yorkers of all races, religions, and ethnicities; Pulitzer Prize-winning author Frank McCourt was a teacher at Stuyvesant High School.

Yet despite this, there is no formal recognition of the contributions of Irish Americans by the DOE as is now quite rightfully given to other Heritage groups. We sadly note that the DOE's failure in the past to recognize the Irish American celebration of St. Patrick’s Day has resulted in the scheduling of mandatory meetings for teachers on March 17th, ironically denying teacher’s of Irish Heritage the opportunity to celebrate their heritage in the city that hosts the largest St. Patrick’s Day parade in the nation.

We commended and applaud your sentiment’s Chancellor Porter when you stated, “By including [Italian Heritage/Indigenous People’s Day] on our calendar, we are honoring the past, present, and future contributions of Indigenous communities and Italian Americans.”

However, should we not equally honor the “past, present, and future contributions” of Irish Americans in a city that was shaped by generations of Irish immigrants and their descendants?

In response to the announcement of “Italian Heritage/Indigenous People’s Day,” Mayor Bill de Blasio’s spokesman Bill Neidhardt  stated that “City Hall wants Italian Heritage Day and Indigenous People’s Day, so no one is left out.” Should we not be concerned that at the moment, Irish Americans are currently left out when it comes to the DOE recognizing their Heritage?

The New York Post reports that DOE spokesperson Filson responded saying: “We recognize and appreciate all of our Irish American teachers, staff, students, and families.”

“We close schools on holidays in accordance with State law, and the current school calendar has exactly 180 in-session school days in order to meet the State mandate.”

Do you think March 17, St. Patrick's Day, should be made into Irish Heritage Day and a school holiday? Let us know in the comments.