Clear from the discussions between Simon Coveney and Boris Johnson that there is a chasm between the Irish and the British on the Irish border post-Brexit. 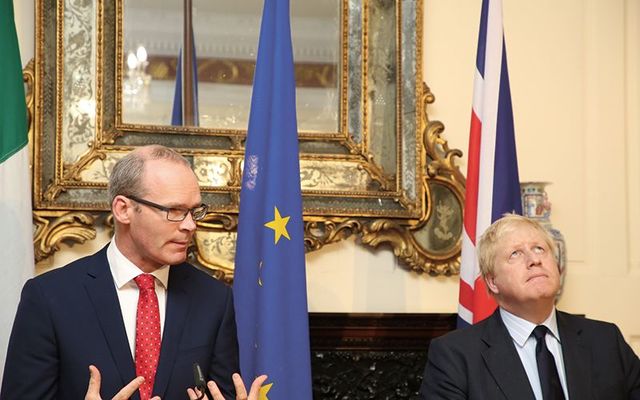 With the Brexit talks entering a decisive period before the December deadline for a resolution to the first phase – which includes progress on the issue of the border – SDLP leader Colum Eastwood says there needs to be sufficient clarity that there will be no hardening of the border.

In recent days the Minister for Foreign Affairs, Simon Coveney, has held discussions with the British Foreign Secretary, Boris Johnson, in Dublin, while Taoiseach Leo Varadkar met with British Prime Minister Theresa May during an EU summit in Gothenburg.

It is clear from those discussions that there is a chasm between the Irish position and the British position regarding the Irish border post-Brexit.

Britain wants to move on to Phase Two of the Brexit negotiations – a trade deal with the EU, however, Ireland and the EU insist this can only happen when Phase One has concluded.

Speaking at Iveagh House in Dublin, Mr. Johnson said: “In order to resolve those issues and get it right for our peoples, it is necessary now to move on to the second stage on the negotiations, which really entail so many of the questions that are bound up around the border issue.”

Boris Johnson in Dublin for meeting with Simon Coveney to talk about Brexit and other issues pic.twitter.com/NllQEBMDef

However, the Minister for Foreign Affairs insisted all parties wanted to move on, but added: “We are not in a place right now that allows us to do that.”

SDLP leader Colum Eastwood said the British attempts to move to Phase Two was “desperate,” especially without it providing any clarity on the Irish border.

“This week it was telling that this chaotic British Government focused more on the exact time and date of their departure from the EU instead of dealing with the substance and detail of the actual Brexit negotiation,” said Mr. Eastwood.

“This dysfunction at the heart of Theresa May’s government cannot be a reason to weaken the Irish or the EU’s negotiating position in the crucial weeks ahead.”

The UK is resisting plans to allow Northern Ireland to become a “special economic area” within Britain. This would in effect mean it would stay within the EU customs union with little impact on the border.

Speaking on Monday, The EU’s top Brexit negotiator, Michel Barnier, said: “The UK said it would continue to apply some EU rules on its territory. But not all rules. What is therefore unclear is what rules will apply in Northern Ireland after Brexit. And what the UK is willing to commit to, in order to avoid a hard border."