The Irish Dance Teacher's Association of North America (IDTANA) said it will "not publicize the changes that will be implemented in each region." 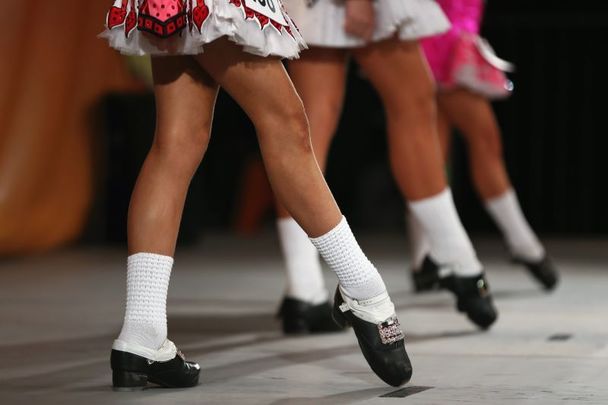 The Irish Dance Teacher's Association of North America (IDTANA), which operates in tandem with An Coimisiún le Rincí Gaelacha (CLRG), says it has taken action after allegations of result fixing have rocked the competitive Irish dance world.

IDTANA said in a statement on October 13 that the "unethical behavior" that prompted CLRG's investigation "is a serious breach of the CLRG Code of Conduct and all allegations must be investigated to their fullest."

In its statement posted on its social media channels, IDTANA says it "supports CLRG in this investigation, the disciplinary process, and its outcome.

"We are pleased that the first phase of the investigation has been completed in accordance with the CLRG Disciplinary Procedure. It is imperative that the proceedings continue to be professional, transparent, and expedient."

IDTANA acknowledged that the allegations "undermine confidence in Irish dancing."

"While it is a challenging time for teachers, dance families, and dancers," IDTANA said, "it is also an opportunity to re-examine competition procedures.

"To that end, IDTANA facilitated a productive discussion among the seven North American Regional Directors regarding the best practices to create a transparent competitive atmosphere.

"North America is proud to be at the forefront of such an important and necessary collaborative effort.

“All North American regions will be strengthening their Oireachtas procedures with the goal of eliminating any opportunity for competition manipulation.

"In order to ensure the integrity of the process, we will not publicize the changes that will be implemented in each region.

“Please be assured that we are committed to providing a fair competition environment where all dancers step on stage with equal footing.”

IDTANA's statement comes as Irish dancers across North America are preparing for their region's Oireachtas, the preliminary qualifier for major competitions within the CLRG organization.

Elsewhere, the Irish Independent reports that Justice Michael Peart, a former Court of Appeal judge in Ireland, has handed his report into alleged cheating to CLRG.

CLRG chairperson James McCutcheon reportedly wrote in an email to CLRG's members that the “world of Irish dance continues to be rocked by ongoing commentary on mainline and social media platforms with claims that CLRG are not dealing with allegations and evidence sent to faire@clrg.ie."

McCutcheon said that “the report from the judge has been received and the next stage of the disciplinary process has been invoked, i.e. all persons involved have been informed by the nominated co-ordinator that the matter has been referred for a full disciplinary hearing."

He added: “We would not normally inform the membership of such actions. However, to allay the fears that ‘nothing is being done’, we want to ensure that you, your dancers, and parents are kept up to date with developments,” Mr McCutcheon said in the letter.

“The process is ongoing and it is imperative that we adhere to that agreed process. Yes, it will take time. Yes, it is disturbing and embarrassing that we find ourselves in this position. However, every person against whom an allegation is made has a right and entitlement to due process.”

McCutcheon thanked members for their “patience and understanding during what is a very traumatic and difficult time for all involved."