The Irish dance documentary "Point Perfect" has been pulled by BBC as CLRG continues to investigate allegations of cheating. 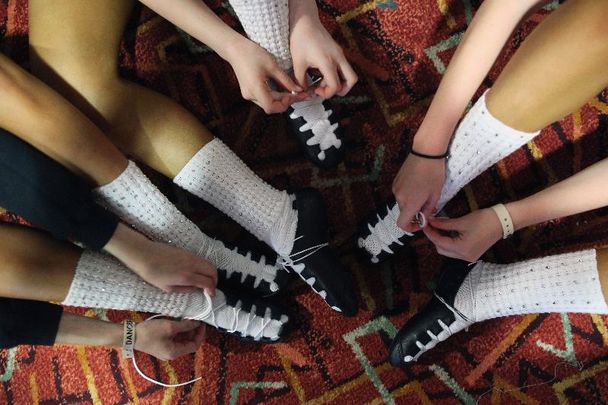 A new Irish dance documentary has been nixed by BBC in light of the cheating allegations and subsequent investigations that have rocked An Coimisiún Le Rincí Gaelacha (CLRG), the oldest and largest competitive Irish dance organization in the world.

"During early production for the BBC Arts/ NI co-production 'Point Perfect', serious allegations about aspects of competitive Irish dancing were reported in the press,” a BBC spokesperson said.

"Given this wider context, the BBC is unable to proceed with the series as planned."

Belfast-based Stellify Media had been commissioned by BBC to produce the series.

In August, BBC NI included "Irish Dance Fever," described as "a three-part observational series which takes viewers into the pressure-filled world of competitive Irish dancing," as part of its autumn line-up.

In 2011, BBC Scotland supported the documentary "Jig" by Sue Bourne which looked inside CLRG's 40th World Irish Dancing Championships which were held that year in Glasgow.

The news that the Irish dance documentary has been scrapped by BBC comes the day before members of CLRG are set to convene in Belfast for an Extraordinary General Meeting (EGM).

At the meeting scheduled for December 10, which IrishCentral understands will be held in person despite calls for a hybrid virtual set-up, four motions will be considered that emerged from a large teacher's meeting in October.

Among the four motions to be considered is the resignation of Cathaoirleach (Chairperson) James McCutcheon, who the motion, seen by IrishCentral, says "finds himself in an untenable situation due to the massive vote of no confidence in his management of this crisis."

Three other motions are set to be considered which focus on a restructuring of CLRG, a review of the organization's rules, and the rewording of a particular disciplinary procedure.

The four motions received overwhelming support from the more than 800 members who attended the teacher's meeting in October.

It is also unclear if those involved would have been partaking in the EGM on December 10.

In October, the explosive allegations of so-called 'feis-fixing' rocked CLRG. A complaint, seen by IrishCentral and circulated on social media, implicated at least 12 Irish dance teachers and or adjudicators in asking for certain placements and favors before Irish dance competitions even began. Some of the favors requested were sexual in nature.