Next five years in Ireland will be hottest ever

The last four years were the hottest since global temperature records began according to the United Nations. The next five years are predicted to be even warmer. 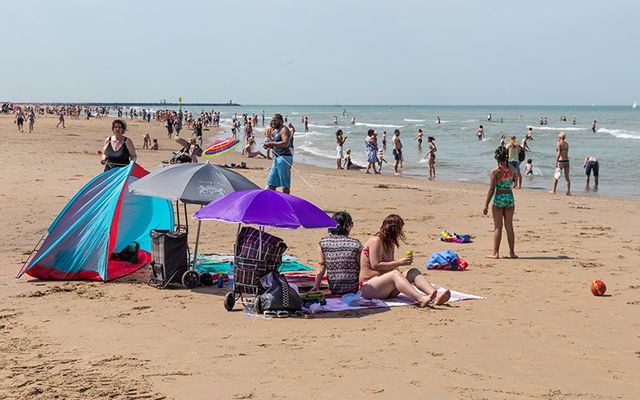 The last four years were the hottest since global temperature records began according to the United Nations.

Global average surface temperature in 2018 was approximately 1.0° C above pre-industrial baseline. 2015-2018 were 4 warmest years on record. WMO consolidates datasets from @NASAGISS, @NOAA, @metoffice, @CopernicusECMWF and JMA. All confirm that #climatechange is here and now. pic.twitter.com/qYZBGvbOqV

In their analysis, the body warned the latest data figures are a “clear sign of continuing long-term climate change associated with record atmospheric concentrations of greenhouse gases.”

Rowan Sutton, director of science for the National Centre for Atmospheric Science (NCAS) forecasts more heat records in the years to come.

“Over the next five years the high temperatures seen recently are likely to be sustained and that further warming may well occur, perhaps reaching new record levels for annual average temperatures,” he said.

The WMO said heightened temperatures also contributed to a number of extreme weather events such as hurricanes, droughts and flash flooding.

Flash floods in Cork City resulted in a wall outside the Mercy Hospital falling into the River Lee. David Hegarty Flickr

“Many of the extreme weather events are consistent with what we expect from a changing climate. This is the reality we need to face up to,” said WMO Secretary-General Petteri Taalas.

The UN body also said that 2019 had picked up where 2018 left off, with Australia experiencing its warmest January on record. It warned that intense heatwaves “are becoming more frequent as a result of climate change.”

Read More: Experts warn that Ireland is in for another snowy harsh winter

Taalas said that the recent record cold snap was entirely consistent with the effects of man-made climate change, including the warming of the poles.

“A part of the cold anomalies at lower latitudes could be linked to dramatic changes in the Arctic,” he said.

“What happens at the poles does not stay at the poles but influences weather and climate conditions in lower latitudes where hundreds of millions of people live.”

Meanwhile, Ireland is bracing itself for the arrival of Storm Erik Friday.

What do you think about the UNs latest figures? Are you concerned about climate change? Let us know in the comments below.