The highest air temperature was 33.1C (or 91.58F) in Phoenix Park, Dublin however Ireland did avoid the devastation caused in Britain, southern Europe and France. 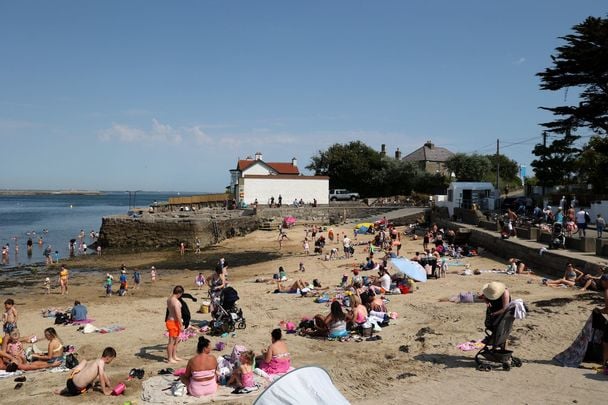 The hottest day in 135 years was recorded in Ireland this week as the country sweltered in the sun and the public even sought advice on how to save their mobile phones and laptops from meltdown.

Although special precautions were taken in Ireland to protect the vulnerable from the heat, the country avoided the stress brought to Britain, southern Europe and France.

In a large swathe of Britain between London and Manchester, the temperature was expected to reach a record-breaking 41C in the midlands on Tuesday. Train services operated at half normal speed to protect tracks from buckling in the heat, and some services were canceled, and runways at Luton Airport were closed as the tarmac melted.

Wildfires scorched thousands of acres in Portugal, Spain, Croatia, Greece and France and several hundred deaths were caused. Professor John Sweeney, a climate change specialist from Maynooth University, predicted that heat related deaths in Europe could rise to up to 3,000 before the end of this week.

In comparison, Ireland basked in the sudden heatwave and on Monday and Tuesday beaches and lakesides were packed with sun-seekers. 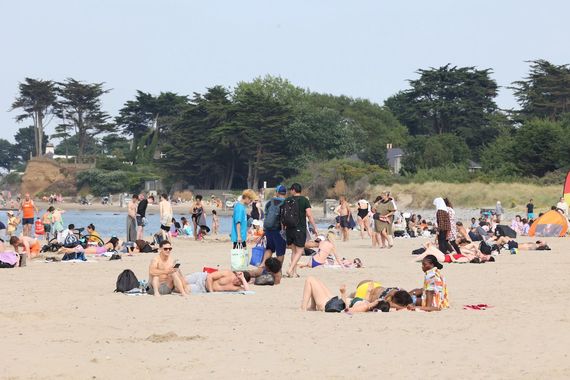 One Irish farmer even used hay to construct a huge swimming pool for his family and neighbors.  The Irish Sun reported that Michael Farrelly of Carnaross, Co. Meath, built a makeshift 40-foot pool using 20 bales of hay and a silage cover.

The temporary pool, which is filled with about 30 tons of harvested rainwater on his land, is held in place with huge industrial grade containers which are filled with a further 1,000 liters of water.

Separately, Irish Water imposed measures including tankering and nighttime restrictions on water supplies across the midlands and southeast. It repeatedly appeals for people to take “simple steps” to conserve supply. 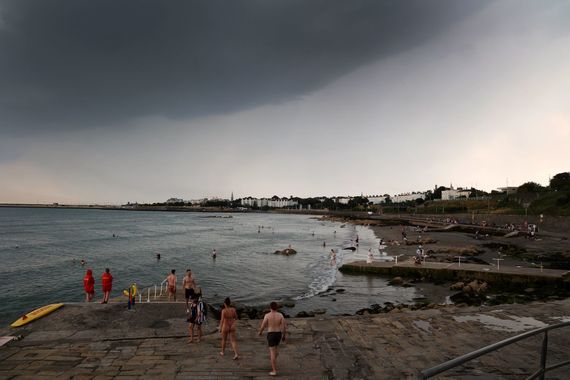 It said the “vast majority” of its 750 water treatment plants are continuing to meet demand despite increased usage. It urged families to cut back using paddling pools, and asked people to take shorter showers where possible to conserve water supplies.

With temperatures expected to return to near-normal for July by midweek, and a few showers on the horizon, Met Eireann’s Evelyn Cusack said, “I think we should call it a mini heatwave. It’s a hot spell and some people will be glad to hear it isn’t going to last.”