Hunter Biden has been confirmed as the father of Lunden Alexis Roberts' child who was born in August 2018. 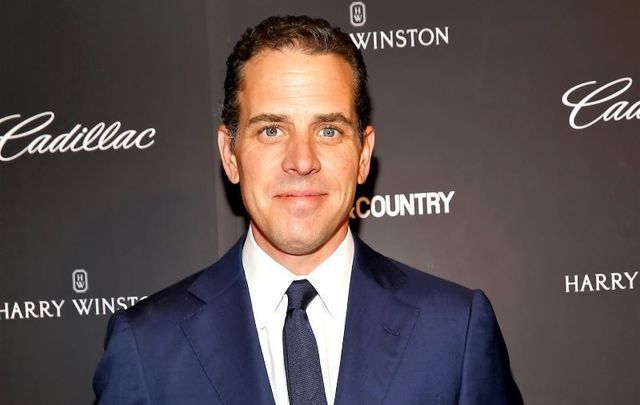 Hunter Biden, pictured here in 2014, has been named as the father of a child born in Arkansas in August 2018. Getty Images

Lunden Alexis Roberts, the child’s mother, filed a paternity suit in Arkansas in May

Hunter Biden is the father of a child in Arkansas after the results of a DNA test requested by the child's mother, Lunden Alexis Roberts, confirmed it “with scientific certainty."

Read More: Is Joe Biden's family scandal likely to end his bid for the White House?

A hearing has been scheduled for December 2 in Batesville, Arkansas.

Ahead of the hearing, The Arkansas Democrat-Gazette reported that a motion filed by 28-year-old Lunden Alexis Roberts and her lawyers on November 20 seeks to protect the identity of the child, referred to only as "Baby Doe."

The "Motion to Seal with Incorporated Brief" seeks to "seal the full name and date of birth of Baby Doe as well as all other identifying information about Baby Doe that either is or may become part of the record in this case."

The motion also said that Hunter Biden "is not expected to challenge the results of the DNA test or the testing process.”

The motion was filed the same day that Hunter's father, former Vice President Joe Biden, participated in a debate amongst the contenders for the 2020 Democratic presidential nomination. The motion makes note of Joe Biden's campaign and points out that members of the Biden family are eligible for Secret Service protection.

Hunter Biden's DNA test came as a result of a paternity and child support suit lodged in Arkansas on May 28 by Roberts and her legal representation.

While Roberts declined to publicly comment at the time, her attorney Clint Lancaster told The Arkansas Democrat-Gazette: “She really values her privacy” and that said Roberts believes “this is a parenting and child support issue between her and Mr. Biden.

At the time, Lancaster said that they were having trouble getting in contact with Biden: “We have been in contact with Hunter Biden’s attorney. We have attempted to work with Hunter and his attorney to settle this issue but that has not been successful. We are attempting to serve Mr. Biden.”

Biden ultimately agreed to the DNA test, which he reportedly took in Oklahoma City on November 8. Lancaster said that Biden “appeared at the lab in person” along with his wife Melissa Coen, who he married in May. (Biden and his first wife, Kathleen, divorced in 2017.)

Roberts and her child were also in the building the day of the DNA testing, but Lancaster says "by request, the parties were kept separated,” and that both parties had lawyers present.

The results confirmed that Biden fathered Roberts’ child, who was born in August 2018.

Lancaster said his client never doubted the paternity of her child: “She always knew that the DNA test would prove that he was the father. She has always maintained that there could be no one else who was the father of this child."

Roberts delayed in filing her motion for about eleven days, because, as Lancaster says, “She wanted to give Hunter and the Biden family time to communicate and discuss this issue before it reached the media.”

Roberts has also been “cautious” about sharing pictures of her child online as she did not want the Bidens to learn about the child through tabloids.

With Biden’s paternity now confirmed, Lancaster’s team will begin to assess his financial obligation to the child. The attorney said: “Our firm has not had the opportunity yet to engage in discovery related to Mr. Biden's income or assets," but added, “It seems axiomatic to me he should pay something to support his child.”

Hunter Biden's financial obligations can be addressed at the December 2 court hearing in Batesville, Arkansas.

As of Thursday morning, neither Hunter Biden nor his father has yet to publicly comment on the matter.

Who is Lunden Alexis Roberts?

According to The Democrat-Gazette, 28-year-old Roberts is native of Batesville, Arkansas. She briefly attended Western Illinois before transferring to and graduating from Arkansas State University in 2014 with a degree in interdisciplinary studies.

Biden, who has three children with his ex-wife Kathleen, has previously denied ever having a sexual relationship with Roberts.