Charges of “drugs, alcohol, prostitutes, strip clubs and gifts for women with whom he had sexual relations” levied against Joe Biden’s youngest son Hunter in divorce papers. 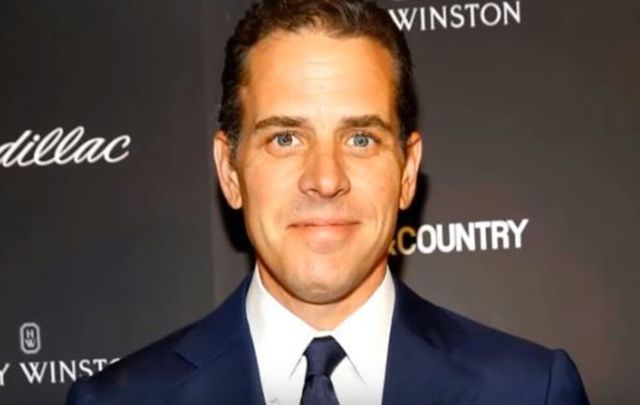 Charges of “drugs, alcohol, prostitutes, strip clubs and gifts for women with whom he had sexual relations” levied against Joe Biden’s youngest son Hunter in divorce papers. Hunter Biden/Twitter

Divorce documents filed by Vice President Joe Biden’s daughter-in-law Kathleen Biden have revealed shocking charges of “drugs, alcohol, prostitutes, strip clubs and gifts for women with whom he had sexual relations” against his youngest son Hunter, according to the Daily Mail.

Although the couple parted ways in October 2015, not long after the death of Hunter’s brother Beau, Kathleen filed for divorce just last December citing  “irreconcilable differences between the parties concerning Defendant's conduct” as the reason for the split, looking for full custody of the youngest of the couple’s three daughters.

It was on Wednesday revealed that Hunter is currently dating his brother’s widow Hallie, although it is unknown when the relationship began. The revelation was made just days after Kathleen’s latest divorce motion was filed.

In a motion filed on February 2017, 2017, Kathleen Biden claims that her husband Hunter has been wildly spending marital funds, racking up thousands of dollars in credit card debt, with over $300,000 owed in taxes. In the year since they split, while asking the court to freeze Hunter’s assets, Kathleen accused him of “dissipating hundreds of thousands of dollars of marital funds” for his own benefit, recently purchasing a $80,000 ring.

Although initially claiming he was not in possession of the diamond ring, Hunter was later forced to admit he had made the purchase and Kathleen Biden is now requesting it be placed in a safe deposit box.

“On or about February 17, 2017, Ms. Biden learned that Mr. Biden was in possession of a large diamond, on information and belief worth approximately $80,000,” states the motion.

Hunter Biden’s wife accuses him of infidelity, drug use and wasting money on prostitutes in divorce filings https://t.co/sIoBNtt1td pic.twitter.com/8gNGUtMW9D

On July 9, 2015, a month after his brother's death, Hunter Biden was kicked out of the family home by his wife because of “his conduct the night before.” Three months later the couple separated in October 2015 and filed for divorce in December 2016.

While irreconcilable differences were first cited when divorce proceedings began, Kathleen more specifically draws attention to  “drug use and infidelity” on the part of the defendant Hunter in the motion filed on February 27.

The motion also claims that Kathleen has been left with no “legitimate funds” with which to pay bills and look after their three daughters, Naomi (23), Finnegan (18) and Maisy (16).

“The parties' outstanding debts are shocking and overwhelming,” states Kathleen in the filing, claiming they have “maxed-out credit card debt” and a “tax debt of at least $313,970” among other owed expenses. Hunter is cited as the sole source of funds for the family throughout the marriage.

Hunter’s office had previously been sending Kathleen a monthly sum of $17,000 for her and her three daughters but in December 2016, this drastically decreased to $7,500. This was despite Hunter’s own lavish spending which saw him move $122,179 from a shared account to one in his own name.

“All assets received by Mr. Biden in lieu of income ... be placed into a safety deposit box accessible only by both parties,” the motion also requests.

When asked for comment about Kathleen's filing, Hunter's lawyer Sarah Mancinelli told DailyMail.com: “Hunter and Kathleen have been separated for some time and are in the process of finalizing a divorce. Hunter loves and admires Kathleen as a person, a mother, and a friend. He hopes their privacy can be respected at this time.”

“We are all lucky that Hunter and Hallie found each other as they were putting their lives together again after such sadness. They have mine and Jill’s full and complete support and we are happy for them,” Biden and his wife Jill told Page Six.

“Hallie and I are incredibly lucky to have found the love and support we have for each other in such a difficult time, and that’s been obvious to the people who love us most. We’ve been so lucky to have family and friends who have supported us every step of the way,” Hunter said of the relationship.