Hunter Biden is dating his dead brother’s wife, his sister-in-law, Hallie – and the former Veep approves. 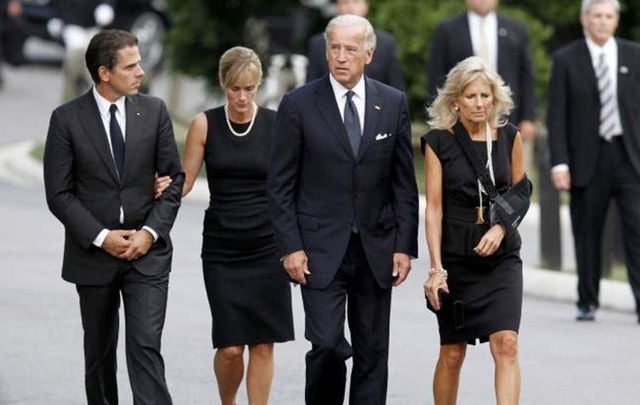 Hunter Biden, who is separated from his current wife Kathleen Biden with whom he had three children, has now gone public on his love for his late brother’s wife. Hunter has battled drug problems all his adult life but now love may have cured all.

He told Page Six that:

"Hallie and I are incredibly lucky to have found the love and support we have for each other in such a difficult time, and that's been obvious to the people who love us most. We've been so lucky to have family and friends who have supported us every step of the way."

Joe Biden, who married his own wife Jill after his first wife died in a car crash, approves of the new relationship.

"We are all lucky that Hunter and Hallie found each other as they were putting their lives together again after such sadness. They have mine and Jill's full and complete support and we are happy for them."

Biden who traces his strong Irish roots to Mayo and Louth may have run for president but for Beau’s death which shattered him. He has not ruled out a run in 2020 but he would be 78 at the time though he in remarkable physical shape.

By the way, Hallie also has two children by Beau – named Natalie and Hunter. No word from Kathleen Biden how she feels about the new set-up.