Following angry comments by the Ancient Order of Hibernians and others the White House hurriedly issued the annual statement of respect and regard for all that the Irish have done for the US. 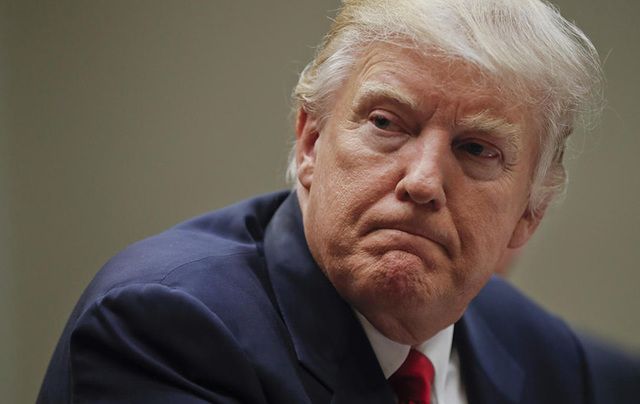 Following angry comments by the largest Irish American group, the Ancient Order of Hibernians, and others the White House hurriedly issued the annual statement of respect and regard for all that the Irish have done for the United States.

The AOH protest followed IrishCentral's noting that there had been no proclamation. The AOH issued a statement from anti-defamation chairman Neil Cosgrove.

It stated, in part:

The statement was soon followed by a tweet from press secretary Sean Spicer that a statement was indeed about to be issued. It reads:

BY THE PRESIDENT OF THE UNITED STATES OF AMERICA

Irish Americans have made an indelible mark on the United States.  From Dublin, California, to Limerick, Maine, from Emerald Isle, North Carolina, to Shamrock, Texas, we are reminded of the more than 35 million Americans of Irish descent who contribute every day to all facets of life in the United States.  Over generations, millions of Irish have crossed the ocean in search of the American Dream, and their contributions continue to enrich our country today.

From our four Irish-born Founding Fathers to Thomas Francis Meagher, the Irish revolutionary who became an American hero after leading the Irish Brigade during the Civil War, Irish immigrants have shaped our history in enduring ways.  Throughout the centuries, hard-working Irish Americans have contributed to America's innovation and prosperity -- tilling the farms of Appalachia, working the looms of New England textile mills, and building transcontinental railroads -- often overcoming poverty and discrimination and inspiring Americans from all walks of life with their indomitable and entrepreneurial spirit in the process.  From these early beginnings rose generations of Irish Americans who continue to lead our cities, drive our economy, and protect and defend the land they embrace as their own.

Irish Americans should be proud of the deep cultural, historical, and familial ties that have contributed to the strength of our vibrant transatlantic relationship with Ireland.  As we honor the past during Irish-American Heritage Month, we also celebrate a bright future of friendship and cooperation for generations to come.

NOW, THEREFORE, I, DONALD J. TRUMP, President of the United States of America, by virtue of the authority vested in me by the Constitution and the laws of the United States, do hereby proclaim March 2017 as Irish-American Heritage Month.  I call upon all Americans to celebrate the achievements and contributions of Irish Americans to our Nation with appropriate ceremonies, activities, and programs.

IN WITNESS WHEREOF, I have hereunto set my hand this first day of March, in the year of our Lord two thousand seventeen, and of the Independence of the United States of America the two hundred and forty-first.